Trade and Industry Minister Karel Havlíček took over the transport ministry portfolio on Friday morning, following the dismissal of Vladimir Kremlík from the post earlier this week.

Minister Havlíček will remain in charge of the Transport Ministry for the remainder of the government’s term in office at the prime minister’s request.

He said on Friday he would be making personnel changes at the ministry and open competitions would be held for all managerial posts. Previous considerations regarding a possible merger of the ministries will not be brought about. 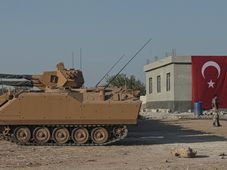