The Speaker of the Lower House of Parliament, Lubomir Zaoralek, has declared a state of legislative emergency from April 6 until April 28. The measure was proposed by the government to allow for the quick passing of laws necessary to free finances for flood relief. Instead of in several months, such laws could now be passed in just one day. Ruling parties at odds over draft budget for 2020

The parties of the coalition government are at odds over the draft budget for 2020. The Social Democrats, the junior partner in the… 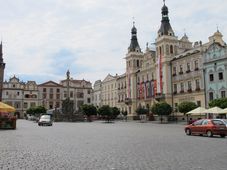 Czech municipalities have become adept at managing their finances, suggests a study carried out by credit rating agency CRIF and cited…