Spidla - Czech military doctors to leave Afghanistan by end of 2002

The Czech Prime Minister Vladimir Spidla, who's on a one-day visit to Afghanistan, has told the command of the International Security Assistance Force that a substantial number of Czech military medical personnel stationed in Kabul will leave Afghanistan by the end of the year. Although the work of the Czech military field hospital is highly appreciated by local citizens, Prime Minister Spidla said the Czech Republic could not afford its further operation. Mr Spidla also said that at the beginning of next year a Czech special operations unit would arrive in Afghanistan, if approved by the Czech Parliament. 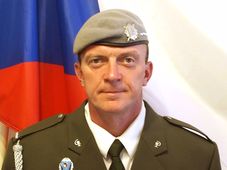 An Afghan soldier opened fire on a Czech military vehicle on Monday, killing one and injuring two more members of the Czech military…