South Korean President Park Geun-hye on Friday ends her four day visit to the Czech Republic. Her talks with top officials, including the president and prime minister, were dominated by economic cooperation. On Thursday the two countries signed a two-year action plan on cooperation in the fields of cybersecurity, the defense and nuclear industries as well as a number of memorandums paving the ground for cooperation between universities and institution in the field of research and development. The visiting South Korean president also attended a summit of the Višegrad Four states in Prague. 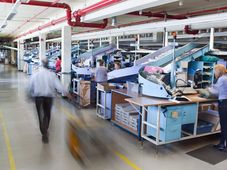