Some big Czech firms already conducting most business in euros

Despite the fact the Czech government has no target date for adoption of the common European currency, some big companies are already conducting most transactions in euros, Hospodařské noviny reported. Car makers in particular have switched to the euro, the newspaper said, giving the example of Škoda Auto, which does 80 percent of its business in the currency. Some suppliers of car parts are also conducting most of their dealings in euros. Using the euro protects exporters from losses causes by the marked firming of the Czech crown; on Tuesday it set a new record of 23.77 to the common European currency. 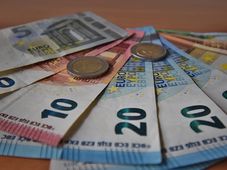