Senate to debate change to the election law

The Senate is to start debating a constitutional change to the election law which would open the way to direct presidential elections. There is general agreement across the board that this should be done but there is still controversy over whether the president’s mandate should be broader once the head of state is elected by the people. Several amendments are being proposed. Opinion surveys indicate that the majority of Czechs want to elect their president in a direct vote. However making the change will not be easy. All constitutional changes must be approved by three fifth of deputies in the lower house and three fifth of senators.

Poll: Most Czechs back change to single-day voting

At present elections in the Czech Republic usually take place across two days. That looks likely to end, however, with the Ministry… 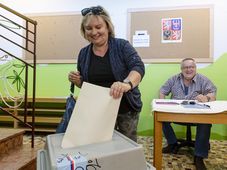