The Czech Rail Safety Inspection Office has concluded that the Ostrava Transport Authority should have alerted it to previous near-misses on a local tram route which saw a deadly collision this month. Three people died when two trams crashed head-on two weeks ago. Last week the Ostrava Transport Authority hinted there had been close calls in the past along the area of track in question. The recent tragedy happened after a tram driver failed to wait along a loop of track before heading out. The spokesman for the Rail Safety Inspection Office said on Friday that if authorities had been aware of the problem, preventative measures might have been taken. The Ostrava Transport Authority could now be fined tens of millions of crowns. 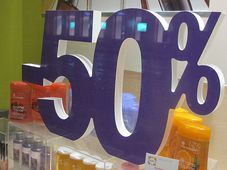 More than four million crowns in fines were handed down to retailers by the Czech Trade Inspection Authority in Q1 of 2016. On Monday,…