The Czech premier Mirek Topolánek has expressed concerns over future scenarios in which the model of the Russian response to the Georgian conflict could be repeated. The comments came during a visit to Prague by the Moldovan Prime Minister Zinaida Greceanîi. Moldova is itself experiencing separatist struggles in the region of Transnistria, with Russia a key force in the current arrangements regarding the breakaway Republic. During the visit, Mr Topolánek held talks with the Moldovan Prime Minister, who chose the Czech Republic as her first foreign visit following her assuming office in March. The Czech Republic has listed Moldova as one of eight states to which it seeks to offer development aid and assistance. The Czech Republic also has strong economic ties with Moldova, with trade estimated at around 50 million Crowns. Moldova is currently seeking membership of the EU. 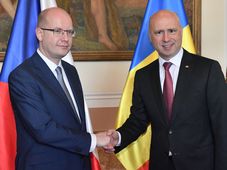 Czechs are doing their bit to support economic and political development in the small and relatively poor Republic of Moldova, sandwiched… 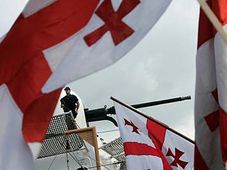 Czech government outlines position on Georgia ahead of EU Summit

Maintaining Georgia’s territorial integrity and helping the reconstruction of the country following the recent armed conflict with Russia:… 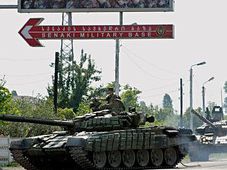