A majority of Prague City Hall councillors have backed an initiative to install a replica of the Marian Column on Old Town Square.

The Marian Column was torn down in 1918 shortly after Czechoslovakia became independent by people who saw it as a symbol of Habsburg rule.

Previous municipal governments have twice voted not to erect a replica. But on Thursday, most representatives of the United Forces for Prague coalition (Spojené síly pro Prahu), Civic Democrats and ANO parties, backed the idea.

The proposal was submitted by Jan Wolf (Christian Democrats) together with Jiří Pospíšil and Jan Chabr (both of TOP 09).

Sculptor Petr Váňa, who has been working on a copy of the Prague Marian Column for over 20 years, last summer attempted to place part of a balustrade on the site of the original. 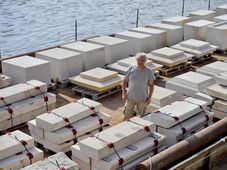 For more than 250 years, a large Marian column stood on Prague’s Old Town Square. In 1918, it was torn down by an angry mob which saw… 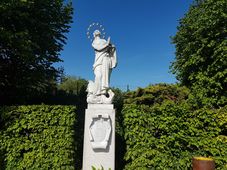 An event at the Strahov Monastery took place on Tuesday to celebrate the statue of the Virgin Mary in Exile, which was placed in its… 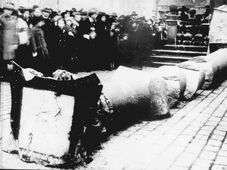 This Saturday marks exactly 100 years since the destruction of one of Prague’s then best-known landmarks, a Marian column on Old Town…