City councillors on Thursday approved a draft partnership agreement between Prague and Vienna. The cooperation with the Austrian capital will concern mainly the areas of transport, culture, IT and security. The partnership is being agreed on for a period of five years.

At the end of last year, Prague City Hall signed a so-called Free Cities Pact with Bratislava, Budapest and Warsaw aimed at strengthening cooperation between the Visagrad Four Capitals.

In January, Prague Mayor Zdeněk Hřib also signed a partnership agreement with the mayor of Taiwan’s capital Taipei on economic, trade and cultural cooperation, while the sister city agreement with Beijing was dissolved. 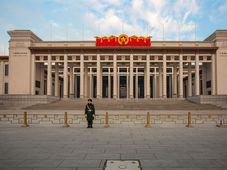 A simmering row between Prague and Beijing has finally come to a head. After the former announced a decision to terminate a sister…