Navratilova arrives in Prague ahead of tennis tournament

Nine time Wimbledon tennis singles champion and former world number 1 Martina Navratilova has arrived in Prague ahead of next week's ECM Prague Open. Navratilova will be performing in the doubles tournament with Barbora Strycova. The tournament is taking place at Prague's famous Stvanice stadium. Twenty years ago it was there that the Czech-born player helped the US to victory over Czechoslovakia in the Fed Cup. Ms Navratilova has told journalists that she is excited about playing in Prague again, saying that feelings experienced playing here would be different from anywhere else. 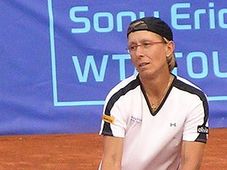 One of the biggest events in women’s tennis, the WTA Finals, got underway in Singapore on Sunday. Although Czech competitors got off… 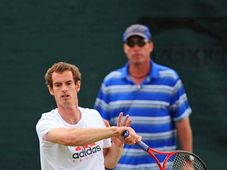