The Ministry of Labour and Social affairs is launching a new national plan to fight long-term unemployment. It includes two new schemes called First Chance and New Start. While the former will focus on fresh graduates, the latter is aimed at other jobless people to prevent them from remaining unemployed for more than 12 months. Other measures will support job creation and entrepreneurial activities.

Unemployment in the Czech Republic has been growing over the past several months as a result of a slow-down of economic development and continuing restructuring of the industry. Experts say the main problem is high long-term unemployment in former coal-mining and heavily industrialised regions of North-Western Bohemia and North Moravia, and a relatively high unemployment of young people just after school. In 2003, the unemployment rate is expected to reach 9.9 percent.

Tax breaks for married people who don’t have jobs but aren’t looking after anybody at home should be discontinued, says the minister… 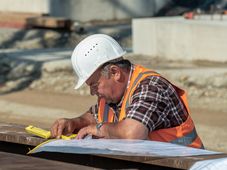