The 30th edition of the Tanec Praha festival of dance began on Friday night with a performance of East Shadow by the great Czech choreographer Jiří Kylián at Prague’s Ponec theatre. Mr. Kylián, who is 71, was recently made a member of the prestigious Académie francaise. He was involved in the inception of Tanec Praha in the late 1980s.

Other highlights of this year’s edition of the festival include SUNNY by the Israeli choreographer Emanuel Gat and Dancing Grandmothers by the Korean choreographer Eun-Me Ahn. 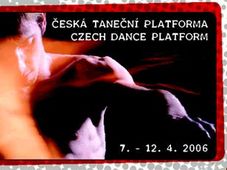 Dance in a digital age

Accompanied by a jarring electrical soundtrack and a bewildering laser display, Petra Hauerova took to the stage in Prague's Ponec…

Many Czech dancers left the country in the 90s. After a few years abroad they are now slowly coming back home with new ideas, inspiration…