Former president Václav Klaus has slammed the renaming of Prague Airport after his late political rival and predecessor, Václav Havel. In a new book of his travel writings, Mr. Klaus describes the move as an act of political wilfulness reflecting a short-term outlook, comparing it unfavourably to the renaming of Rome’s Fiumicino airport after Leonardo da Vinci. The right-wing politician also takes a swipe at Czechs in the book, saying they are “always stupider than the rest of the world” and have greater hatred for one another than other nations. 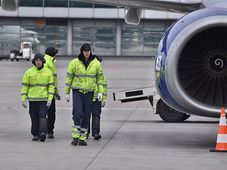 The sounds of international airports

Every environment has its typical background noise. Check-out the atmosphere of Prague’s Václav Havel International Airport in the…