Health Minister Svatopluk Němeček spent four days in Israel to learn about their system of medical marihuana cultivation and distribution, Czech TV reported on Saturday. After returning to Prague, Mr Němeček said the Israeli system was an inspiration for the Czech Republic which allows the use of cannabis in the treatment of some diseases. However, medical marihuana cannot be grown in the country, and so far only one Czech firm won a license to import it. 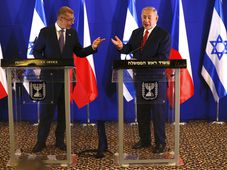 Czech PM: Israel is our strategic partner in the Middle-East

Prime Minister Andrej Babiš is currently on an official visit to Israel, meeting with his counterpart Benjamin Netanyahu and has high…