Leaders of all three parties in the Czech ruling coalition signed an amendment to their coalition agreement on Wednesday to end a crisis threatening the government of Prime Minister Vladimir Spidla. The coalition came close to breaking apart last Friday, when an MP from the right-of-centre Freedom Union voted against the government's tax reform bill, designed to raise money to pay for damage caused by the recent devastating floods. To punish the party for the renegade deputy, Mr Spidla initially planned to sack all three Freedom Union cabinet members. But he changed his mind after the Freedom Union threatened to pull out of the coalition. The new agreement calls for more discussion in future among the parties ahead of key votes. In exchange, the Freedom Union has guaranteed that all 10 of its members in the lower house will vote along government lines on key issues. 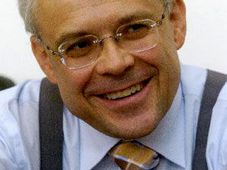 Last Friday, the ruling coalition parties — the Social Democrats, the Christian Democrats and the Freedom Union — announced they had… It seems ever more likely that the new government will be formed by the same coalition parties as the outgoing one. Over the weekend…