A four-year-old boy is in hospital after being attacked by the family Rottweiler, a police spokeswoman confirmed on Sunday. The child was allegedly attacked after putting its hand into the dog’s food bowl. The boy got knocked over and was bitten in the area of the neck and face. He is reported to be in serious condition. No further details have been released. In the Czech Republic, as in many other countries, veterinarians have long faced the same problem: a shortage of dog blood, necessary… 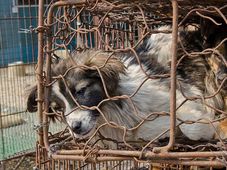