Elton John to perform at Prague's O2 Arena on Tuesday

British singer Elton John is set to perform at Prague's O2 Arena on Tuesday night. Sir Elton will appear in the Czech capital as part of his final tour called Farewell Yellow Brick Road, which consists of more than 300 shows across five continents.

The 72-year-old singer, who first performed in the Czech Republic in 1984, has last appeared in Prague two years ago. 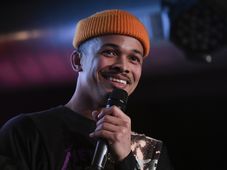