A controversial order for the electronic motorway vignette in the Czech Republic has been officially cancelled, Industry and Trade Minister Karel Havlíček, announced on Thursday.

The 400 million crown contract, deemed overpriced by experts, had been awarded to Asseco Central without a tender.

Vladimír Kremlík was also formally dismissed from his post as Ministry of Transport, effective on Thursday, over the matter.

Prime Minister Andrej Babiš said on Monday he was considering merging the ministries of Transport and Industry and Trade. For the moment, Havlíček is in charge of the portfolio. 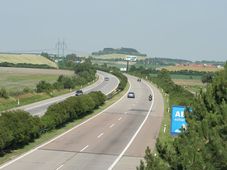 Motorists in the Czech Republic who use the country’s highways are required to buy 10-day, monthly, or yearly vignettes and the big…