This year’s Pavel Koutecký Award for Best Czech Documentary has gone to Petr Horký for his film Švéd v žigulíku or The Russian Job. The documentary follows a Swedish manager Bo Andersson who comes to Russia to save the dying automaker company Avtovaz Car, the manufacturer of Lada.

The award giving ceremony took place in Ústí nad Labem on Saturday night. Over 80 documentaries were considered for the prize, with the winner eventually selected from a shortlist of five.

Pavel Koutecký was a filmmaker who died in 2006 at the age of 50, halfway through filming Citizen Havel, a portrait of the late president that subsequently became a great success. 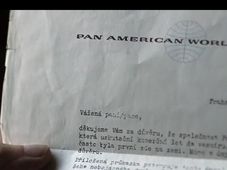