Deputy transport minister Jiří Hodač has been named the winner of the 2007 “Ropák" or Oil Guzzler, awarded for the worst environmental policies. Winners of the anti-award are chosen each year by Czech environmentalists Děti Země. Mr Hodač was chosen for supposedly threatening to sue a number of civic associations in a dispute last year. The award is named after a fictional creature that lives off of industrial waste; it was invented by director Jan Svěrák in a mock-documentary.

Another to receive an anti-prize on Friday was President Václav Klaus. He was named as this year’s holder of the Green Pearl – given for worst environment-related statement in the media. The president, well-known for scepticism on the issue of global warming, questioned ecological devastation on the planet by reportedly telling Hospodárské noviny he’d “never seen any in [his] life”. 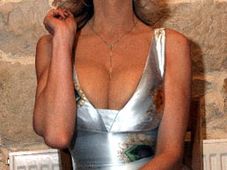 An ostrich in the Czech Republic has just laid the biggest ostrich egg in the world! The woman who murdered a man because he criticized…

Industry Minister Jan Mládek has won the 2015 Oil Guzzler award, a mock prize established by environmental groups to highlight the…

Industry Minister Jan Mládek has won the 2015 Oil Guzzler award, a mock prize established by environmental groups to highlight the…