Deputy police chief could be dismissed over alleged drink driving

The deputy president of the Czech police Miroslav Antl could be dismissed if it is proved that he had been drinking before a traffic accident in the east Bohemian town of Pardubice on Thursday. A source told the CTK news agency that a breathalyser test proves that Mr Antl was over the limit when the crash occurred, though a police spokesperson said that the incident was still under investigation.

The wide-ranging amnesty declared in January by the outgoing Czech president, Václav Klaus, continues to cause controversy. On Thursday… 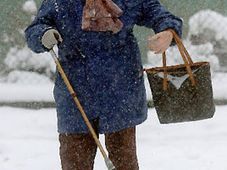 All Czech papers today pay much attention to an estimate released by the Czech Statistics Office yesterday, according to which Czechs…