The giant hogweed and muskrat have been included on a new European Commission list of invasive plants and animals, according to the Czech Ministry of Environment. The move means that steps should be taken to control their spread. At the moment the Czech Republic has no legislative rules in place for such steps to be taken. Giant Hogweed is a major problem in western Bohemia. Hunters though have responded angrily to the inclusion of musk rat on the list, arguing that the Czech Republic has a long standing population on the outskirts of Prague and that they are still not very common in the wild. 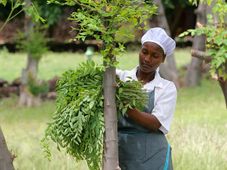 Moringa oleifera is a plant that is often referred to as “the drumstick tree” or “the miracle tree”. Indigenous to India, Asia and…