ČSA flight attendants may have to postpone strike action

A planned strike by flight attendants at the Czech national carrier ČSA which was due to begin at midnight on Wednesday may have to be postponed, according to cabin crew union representatives. The reason is a provisional court ruling issued at the request of ČSA management which called the strike illegal. The strike was in protest over low wages, after salary cuts that were made in February this year. The company management has refused to negotiate a long-term raise in salaries, until ČSA consolidates its finances. 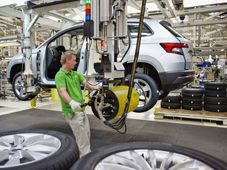 Unions at Volkswagen’s Czech manufacturer Škoda Auto are threatening to go on strike, claiming that the company doesn’t show enough…