Close to half of Czechs happy with their living standard

The number of Czechs who are happy with the economic situation in the country and their own living standard has reached 49 percent, according to the results of a poll carried out by the CVVM agency.

Thirty-six percent of respondents said they were neither satisfied, nor dissatisfied, while 13 percent described their living standard as poor.

The number of people who are happy with their living standard grew from 45 to 49 percent as compared to 2018. 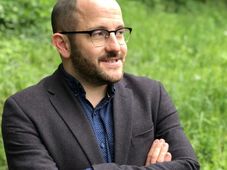 Daniel Prokop: Czech populists are primarily focused on “the enemy within”