Deputy Prime Minister and Green Party head Martin Bursík has told public broadcaster Czech TV that during the upcoming EU presidency the Czech government and the country’s president should aim at unifying their stance on foreign policy issues. The politician also expressed the opinion that it would be better if the prime minister, Mirek Topolánek, and not the president, Václav Klaus, chaired European counsels at summits between the EU and Russia or the EU and the United States during that period.

His comments on Czech TV were made over apparent concern the Czech president might use the opportunity to push independently-held views not in line with the government’s. Prague Castle has not commented as Mr Klaus is currently abroad. The Czech government and President Klaus most recently found themselves at odds over the conflict in Georgia. The government backed Georgia last month while Mr Klaus blamed the country for escalating the conflict with Russia. 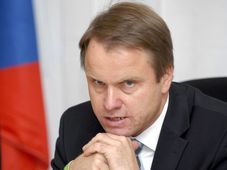