The Ostrava State Attorney’s office has filed a lawsuit against the former Defense Minister Martin Barták and the arms dealer Michal Smrž. Both men are being accused of soliciting bribes from the truck maker Tatra in exchange for a defense contract deal in 2008. The two men will be tried separately. The anti-corruption police filed charges against them last November. 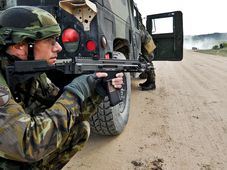