The Czech jewellery and glass industry is still inextricably linked with the north Bohemian city of Jablonec nad Nisou although the business has gone through a tough couple of decades with the workforce in the sector shrinking to around a third of what is was 20 years ago. It now shows confident signs of revival.

And even though the Czech producers are facing tough competition from lower cost rivals in India and China, there are clear signs that after stabilising their business Czech firms are cautiously expanding and moving back into new markets at the top of the range. One of the showcases for the Czech producers is the annual summer exhibition of glass and costume jewellery which this year takes place between August 11 and 14th. Last year it was attended by 8,000 visitors. 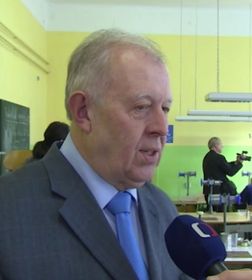 Pavel Kopáček, photo: ČT24 This year’s exhibition, the fifth, is called Fragile Beauty and will also include a special display of glass Christmas decorations, handmade and hand painted. It’s a sign of the cautious revival of the Czech firms that they are making a bid to get into this market where Czechoslovak producers enjoyed so much success.

Pavel Kopáček is the chairman of the Union of Glass and Fashion Jewellery Producers, which groups around 50 of the Czech companies, mostly based around of Jablonec nad Nisou. He took time after outlining the upcoming Fragile Beauty programme to describe how the local industry is faring. I asked him first of all just how big the local jewellery and glass bead industry still is. 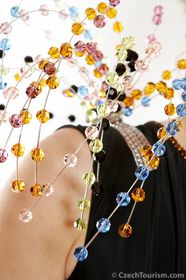 And the rest of the business, I heard some figure of 45 billion crowns?

“Forty-five billion is the total turnover of the glass industry, starting from the glass sheets, industrial glass etc. This is only part of that.”

And how is that in comparison to recent years? Has the industry stabilised, is it growing, and how is it developing?

“The current situation is that the industry is stabilised, still talking about the jewellery industry.”

“The current situation is that the industry is stabilised.”

There were a few years ago, I think five to 10 years ago, when there was a fairly sharp contraction, so have companies overcome the problems they had with energy costs and trying to find new markets? How have they coped?

“One good sign is that all of them are still in existence, which means that they managed to survive the recession and managed to handle the situation. That’s a good reply to your question.” 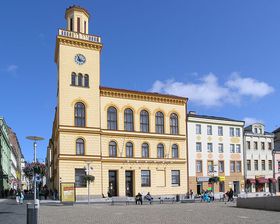 Jablonec nad Nisou, photo: Matěj Baťha, CC BY-SA 3.0 And how many companies and how many workers are we talking about in this traditional area of Jablonec, where the heart of the industry is?

“Currently there are around 75 to 80 companies producing beads, components, and costume jewellery and in total its around 7,000 workers.”

And that has stabilised over the last five years or so? 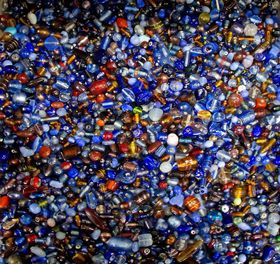 Photo: Tony Hisgett, CC BY 2.0 Looking at the demand, where is the main demand for these products now and how is it changing?

“It has not changed that much. The main consumers of the beads are coming from Canada, the USA, and then Japan. It is a worldwide distribution. Jewellery, costume jewellery, is mainly again sold to highly developed countries in North America, Europe, Japan and the Middle East.”

And which markets are expanding most, I presume that in the past the Middle East looked fairly promising, but maybe not so much any more…? 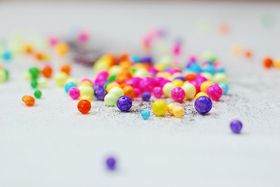 The competition, presumably China and India, how can you deal with that because they are competing with low prices and their technology is advancing fairly rapidly as well?

“That’s correct. The main producing area these days is definitely China and India, where we face lower labour costs. And we are also dealing with their size because there are large companies. We can only compete on good design, super quality, added value and, a very important factor, is matching the EU and US health restrictions on production of costume jewellery and beads. I am talking about the lead content, nickel etc.”

Are there any positive signs, wage costs are supposed to be going up in China, maybe the same in India, is there any way that this is giving you any advantage?

“Yes, that has started over the last two years. There are some signs that some of the big players, what we call the big players in the West, are trying to come back. One of them is Marks and Spencers.”

They buy off you? 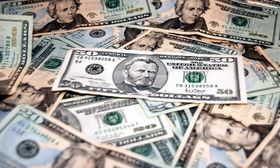 Photo: Dani Simmonds / freeimages “They have restarted buying in the Czech Republic. It started in 2000. It dropped in 2009 and now they are back.”

The low crown has probably helped you over the last three or four years, but probably we will be coming out of the low crown so is that a concern?

“It is…The situation at the moment is advantageous for us but we have had the dollar at 14 crowns and now we have it at 15 crowns. It will have an impact but we will have to manage.”

“We have no other option than to target the high end and we need to present super design and high quality.”

Coming back to a special theme that you have this year, Christmas, How are your producers trying to re-enter the Christmas [glass decorations] market that the Czech Republic or Czechoslovakia was so famous for 40, 50, or 60 years ago? What do they have to do and where are they targeting the market?

“We have no other option than to target the high end and we need to present super design and high quality. We have no chance in bulk production.” 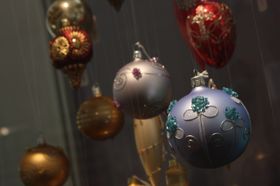 Photo: Barbora Kmentová And how do the Czech producers have to go about selling to the high end market…they have to plan a lot in advance and get the big stores on side. How difficult is it?

And a Czech Christmas decoration would retail for how much?

“An average piece would retail for around 80 to 100 crowns, minimum.” 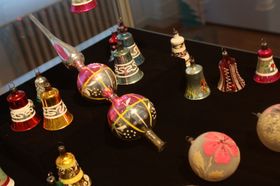 Photo: Barbora Kmentová And that compares with the cost of the cheapest Chinese competition?

“That would be around one third of the cost.”

And are there companies making a comeback in this market and are people willing to spend to stick glass items on a tree or wherever? 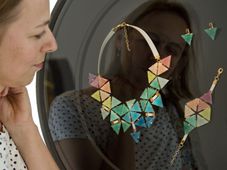 Handmade Dreams is an exhibition of contemporary costume jewellery is now on at the Czech Centre in Prague. On view, are pieces by… 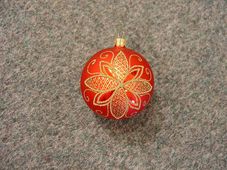 The journey of a Czech Christmas bauble from factory to tree

The Czech Republic’s best known exports may be Skoda cars and beer, but you might be surprised to find out that Czech blown-glass… 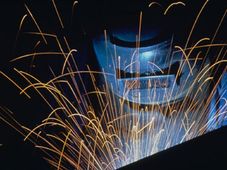 In Business News this week: a new green card scheme is set to make it easier for foreign workers to fill gaps in the Czech labour…