The Czech Republic is basking in the fact that it has the lowest unemployment rate in the European Union, 3.4 percent according to the Eurostat January figure. The Czech national figures are a bit higher, but the basic message is the same. And the good news from the latest forward looking survey from the Manpower recruitment agency is that the Czech jobless total can shrink even further to a record all time low. 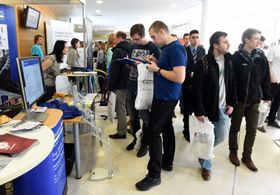 Kariéra PLUS job fair, photo: CTK The Czech branch of international recruitment and advisory company, Manpower Group, takes pride in being the sole organisation which every quarter comes with a forward looking forecast of how the jobs market will evolve over the next three months. Most of the other figures around from state organisations and institutions say what happened in the recent past but don’t deal with the future.

And the good news for the second quarter of 2017 is that the employers surveyed see another drop in the Czech unemployment rate. That’s a bit of a surprise in itself for the Manpower number crunchers because the second quarter is usually one where companies sit on the fence so to speak and weigh up their recruitment needs for the rest of the year.

But the headline figure from the latest survey is unmistakable, eight percent of employers surveyed see themselves hiring, two percent expect to be firing, and 86 percent see no change. That comes down to a 6 percent gain in the employment index. Just to give some context, the rise in the first quarter was put at just one percent and for the fourth quarter of 2016 was seven percent.

Jiří Halbrštát is Manpower’s local marketing and communications manager and jointly presented the latest quarterly forecast. He highlighted some of the conclusions.

"The second quarter of 2017 looks very optimistic. Employers have very optimistic hiring plans and these plans have increased in comparison with the last quarter and last year. Unemployment is at the lowest level in Europe and will go under 5.0 percent. We expect another increase of employed people in manufacturing, logistics, construction, and finance and insurance.ʺ

ʺEmployers have very optimistic hiring plans and these plans have increased in comparison with the last quarter and last year.ʺ

In fact, the dip under 5.0 percent unemployment, the previous best unemployment figure for the Czech Republic, is seen for some time in the Spring with the reduction continuing over the following months.

ʺCurrently we are at the levels we had before the crisis of 2008 and we expect that unemployment will continue to decrease, maybe to 4.5 percent. So that means that employers will have huge problems to find not only qualified staff but also unqualified staff in production and logistics. They will have to be very creative in Human Resources (HR) how to find the needed skills on the labour market."

The predictions of the latest jobless falls show huge regional variations. The capital Prague, which traditionally has some of the lowest unemployment in the country fuelled by the many administrative, retail, corporate, call centre, and tourism jobs, is seen gaining just one percent on the employment index over the second quarter. For Bohemia as a whole, the gain is four percent. But for the eastern industrial of Moravia the jump is a whopping 14 percent. Part of the reason for that is the fact that the regional traditionally displays greater volatility and is also on a bigger rebound after suffering much more in the last economic crisis. Jiří Halbrštát again: 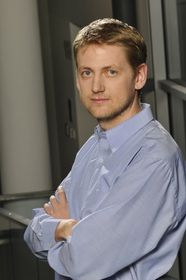 Jiří Halbrštát, photo: archive of Manpower ʺMoravia has been a very dynamic region for the last two years. But we have to say that during the crisis there was the highest rate of pessimism. So, in Prague and Central Bohemia we see long term stability in the labour market and in Moravia we see much more fluctuation."

If the Czech unemployment rate continues on the downward slide, then one question that is begged is at what level it can stop at where must it flatten out and fall no further? According to many economists, an unemployment rate of around 3.0 percent is regarded as somewhere near the bottom line because some people are literally in between jobs, others decide to take time off and pull themselves off the labour market, and some people are just almost unemployable. It’s reckoned in the Czech Republic also that around 100,000 to 150,000 people are registered as unemployed but actually doing undeclared or part-time jobs to boost their income. So is it possible to envisage Czech unemployment slipping below the 3.0 percent mark?

ʺAt the national average it is very hard to imagine, but in some regions such as Pilsen and Prague we are already under 2.5 percent. It is possible to go lower but there are still regions where people cannot move or commute to work. They are in the mountains and do not have sufficient opportunities. So I think it is hard to imagine the national average being under 4.5 percent."

While the latest figures are certainly positive, the Czech Republic is not outperforming other countries in Europe or worldwide according to the latest quarterly Manpower survey which covers 43 countries in total. The Czech Republic slightly trails the perceived prospects of employers in its biggest trading partner, Germany. There the labour index is seen climbing by 7 percent. The rises in other neighbouring countries are even higher: Slovakia 10 percent, Poland 12 percent, and Hungary 17 percent. And a bit further afield, Romania 16 percent and Slovenia 22 percent. One of the factors appears to be that the Czech Republic is not attracting the big investments bringing lots of new jobs that it once did.

ʺThe Czech Republic is not the most favourite country for international investment in the last years like it was 10 or 15 years ago.ʺ

ʺThe Czech Republic is not the most favourite country for international investment in the last years like it was 10 or 15 years ago. The trend is for European manufacturers and logistics firms to open sites in Romania, Bulgaria, or Hungary because of lower labour costs and state investment help. So we see this trend to move further to the East compared with the last decade."

A separate survey by Manpower looks further ahead, though not much further, into the main trends that are likely to shape the workplace in the next couple of years. Digitalisation and automation are regarded as the main players here and the worldwide impact is seen as fairly dramatic.

ʺIn our survey, Skills Revolutions, we asked employers how will digitalisation and automation impact their business in the next two years, so very short term. And 90 percent of employers said that their employment and business will be impacted, so that’s a very high number. The survey shows that 45 percent of daily routine activity that we do in our jobs can be automated using available technologies we have nowadays. So there are huge changes on the labour market that begin. Companies will have to focus on new skills that are not required currently. It means that the key skill in the future will be ability to learn, emotional intelligence, and the ability to work with information." 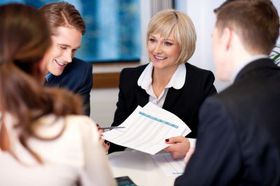 Photo: stockimages / FreeDigitalPhotos.net Perhaps the main underlying message from the survey is that these changes should not result in an overall joss of jobs. Six percent of Czech employers survey said they expected to recruit more people as a result with four percent saying they saw lay-offs. However, there will probably be a revolution in the type of skills needed and for the most part everyone will have to be a lot more flexible over the new skills they will have to learn or bring to the jobs. There will be an increased demand for jobs with IT skills, though many of these will not be at the programming level but lower down the scale in basic maintenance and making sure things tick over smoothly. For the most part the Czech focus has been on what will happen to the large industrial sector with not so much attention given to the rest. And the debate has been slow to take off:

ʺThe Czech Republic is slower, this theme of automation and digitalisation started to be discussed in the last year or last two years. As the Czech economy is mostly industrial, we speak mostly about how machines will decrease employment in industry but we do not see a lot of changes in administrative processes or financial and accounting sectors as we see happening in the U.S or Western Europe.ʺ

ʺWe speak mostly about how machines will decrease employment in industry but we do not see a lot of changes in administrative processes or financial and accounting sectors.ʺ

And for the recruitment companies themselves, current difficulties in placing people in jobs appears to be good news from them. Not only are their hiring services in greater demand but the extra advice on training and polishing the corporate image is also a feature that is appreciated when one company seeks an edge over rivals in a tight recruitment market.

ʺHiring people starts to be very difficult and expensive. Companies need to invest much more money not only in becoming the preferred employer on the market but they also have to increase wages and invest in upskilling and re-skilling. HR costs have increased very fast in the last two years and it will continue much faster in the future.ʺ Study: Over 50 percent of Czechs willing to move for work

Over 50 percent of Czech employees are willing to move for work. According to a new survey carried out by employment agency Randstadt,…