Czechs boast a long and rich brewing tradition which they have often shared with the rest of the world. Czech-built breweries now exist in countries such as Georgia, Ukraine, South Africa and Vietnam. But one Czech firm has ventured to a country few would associate with a love of lager: North Korea. The Hradec Králové-based ZVU POTEZ last year built a micro-brewery in North Korea’s special economic zone of Rason, and now hopes the deal will lead to more opportunities in the deeply repressive country. I spoke to the firm’s commercial director Martin Kovář about their business with North Korea. 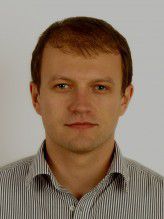 Martin Kovář, photo: archive of ZVU POTEZ “We were contacted by the commercial consul of the North Korean embassy in the Czech Republic who asked if a micro-brewery project would be interesting for us. And because we believe the region has a high potential for us in the future, we decided to participate on it, and the final negotiations about the project and the contract took place in 2012.”

Do you know why the North Koreans chose your company to work with?

“Because we specialize in the construction of breweries and perhaps because we have a long tradition of setting up breweries that goes back to 1869; since then, we have built more than 200 breweries all around the world.”

What made you take on the job? Did you have any hesitations about working in North Korea?

“Not really. We consider beer to be in the same category as food so we didn’t have any doubts about the project. We build breweries, regardless of whether they are in Europe or elsewhere.”

So what was your company’s role in the project and what exactly have you supplied to North Korea?

“This was a turnkey project which means we produced the entire technology for the micro-brewery. We also supplied ingredients for one year of the brewery’s production, it means malt and hops. The contract also included six months of work of our brew master on the site.”

What happens in November when the contract for the supply of the ingredients runs out? Do you know if the North Koreans will continue to buy malt and hops here, or will they grow their own?

“No, no. I think it’s impossible to grow it there, or maybe it’s possible but they don’t have the experience. I suppose they will be buying it in Europe or in Russia somewhere because you can ship it to North Korean in containers.” 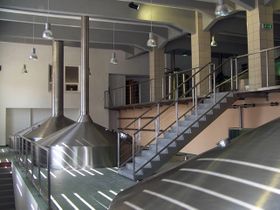 Illustrative photo: archive of ZVU POTEZ Is the brewery owned by the state?

“Yes. It’s located in the special economic zone in the northern part of North Korea called Rason. And the Rason company owns the facility.”

People reportedly travel all the way from Pyongyang to the special economic zone of Rason to taste your beer. Is the zone also some kind of party area? Are there pubs?

“Our brew master could perhaps tell you more details but as I spoke with him about this, he mentioned it was an open zone which means you don’t need North Korean visas to enter the area. It’s an open area so it’s possible that some people mainly from Russia and China and maybe also from the capital travel there for the beer.”

Speaking of the tasting the beer, is it different beers that people are used to in the Czech Republic?

“No. The North Koreans wanted to have the same type of beer that’s produced in the Czech Republic so it’s a typical Czech Pilsen-style lager.”

Is the lager sold anywhere else in North Korea?

“Well, it’s a micro-brewery with the output of 1,000 hectolitres so it only covers the special economic zone.”

What is it called there, and how much does it cost?

“They simply call it ‘beer’ and the cost is approximately 1.5 euro for a half-litre glass.” 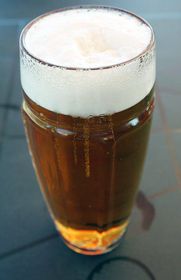 Illustrative photo: Barbora Kmentová That’s quite expensive, actually. I’m not sure about North Korean price levels but it is probably very expensive for regular people to buy.

“Yes, I agree. But as I said, this economic zone is mainly designed for tourists from China and Russia so the price is competitive on the market in the region.”

As you said, your company has worked all over the world – was cooperating with North Koreans different in any way?

“It was, to some extent, mainly because we had to deal with restrictions concerning the supplies of technology to North Korea. It was more paperwork for us. But generally, I can say we had no problems because of the regime; it was only impossible to export some small parts such as micro-bacterial filters, so we had to come up with different solutions to guarantee the quality of the beer.”

Did you have any kind of moral reservations about working in North Korea? I understand business is business but on the other hand, the country’s regime is very oppressive and many people are suffering. Did you have any second thoughts about the project?

“Generally speaking, we did not. As I mentioned, beer is like food and we sold food to North Korea so we don’t have any doubts about the project.”

You said one of the reasons why you decided to go ahead with the project was potential cooperation in the future – so what kind of opportunities are you looking at in North Korea?

“We have a long tradition of building breweries and sugar mills and we have just learned about plans to build a sugar mill in that country. The commercial consul contacted us with some details about the project, and we are now evaluating the opportunity. So we hope we will continue to work there, and we are now focusing on the sugar mill.” 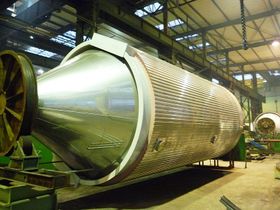 “Yes, we do. I was there some three months ago and we have found a business partner in South Korea, too.”

And they don’t mind that you work with their northern neighbours?

“Well, I mentioned it to them and I think they just took it as a fact so I don’t think they mind our cooperation with North Korea.”