In what looks like one of the biggest deals of the year, two originally Czech computer antivirus security companies have announced they are getting together with the likelihood of putting Prague and the Czech Republic permanently on the map as the home of one of the world’s leaders in the sector. 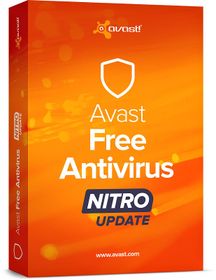 Photo: archive of Avast The announcement late last week that Prague based Avast – known for its free home computer antivirus security offer – is going to buy out its biggest rival, AVG, took many by surprise. But the two originally Czech based start-ups from just over two decades ago have apparently been eyeing each other up and taking part in some preliminary courting for some time.

With the PC security market now apparently in consolidation mode, the courtship looks now like it will be completed with a price tag on AVG of around 32 billion crowns if everything goes to plan. American Vince Steckler is the CEO of Avast and spoke to on a phone line from the country. He first of all outlined the many thwarted attempts of Avast and AVG to combine before and why this latest ‘shotgun marriage ’ now looks likely to succeed.

“The two companies have talked to each other off and on probably not long after they started 28 and 25 years ago. I think the first serious conversation was probably in 1998. I have been running the company since January of 2009 and I have probably had five or six serious conversations either about AVG buying us or us buying them or somehow merging the two companies together. It just makes perfect sense. But none of those came to fruition, the time just wasn’t right. This specific one, we approached AVG about eight weeks ago with what we thought was a good and fair price. And they were interested enough to say yes, go ahead, and do your due diligence and we did. And we completed the transaction pretty quickly.”

Eight weeks that’s not much time…Why now, why does it work from your and their point of view when it did not in the past years and decades?

“Well, the eight weeks is pretty short but I think that what allowed it to go so quick is that their business model is so similar to ours and we know so much about their business already especially because they are a public company and there is a lot of data available. And we know their management team and their leadership. So we had a big head start that virtually no-one else would have.

“Why now versus other times? I would say frankly that in the past it was just probably arrogance on both sides. You know both of us thought that we had the better of the two companies and that we would be more successful by ourself etc. And it just takes time for reality to hit and I think both of us finally decided that there is a better future with the two companies combined than with them separate. And, it would probably have made as much sense for AVG to buy us except that we are the far more valuable company. Although are revenues are a bit smaller than AVG’s and our headcount is much smaller than AVG, our profitability is substantially higher, our growth is substantially higher and our valuation is substantially higher. So there is really no ability for a public company to buy someone who is more valuable than them.”

Where does the combination of you and them take you in the overall market for computer and mobile security in the world? You will have around 400 million customers together if I’m not mistaken… 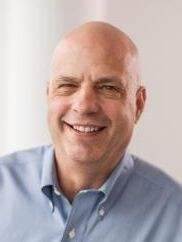 Vince Steckler, photo: archive of Avast “Yes, I think it’s around 430 million in the world. I think we end up with around 260 million PC/Mac users and around 170 million android users. Avast already by itself had the largest footprint of PC/Mac users and AVG, depending on whose numbers, was either number two or number three. So the two of us together are the number one footprint but most of our users don’t pay us money so we were not even close to number one in revenue. I think that both of us together are probably the number three revenue company in the world for security, possibly number two. So, I think it makes this Czech company a pretty substantial presence in the world of security. On the mobile side, I think the two of us together would probably have the second largest footprint in the world behind the Chinese competitor called Cheetah Mobile, but we would have a larger footprint than the other traditional security companies. But mobile does not generate much revenue right now. Mobile is still in its infancy and what people are doing is acquiring users right now and monetization will come much later.”

And the synergies, geographically what are the synergies between you and them and on the technology side as well – there were presumably things you did better and things they did better?

“Well that’s actually what works pretty well. AVG historically, even though it’s a Czech company, its largest user base was actually in the English-language markets, the US, Australia, and the UK. Avast was a little later to the free market model than AVG. And AVG already had a substantial presence in the English-language market and Avast focused on the non-English market. So Avast is very big in Latin America, very big in Central and Southern Europe, very big in Eastern Europe, a good size in the Arabic world and South-East Asia. So, there are very, very complimentary geographic footprints.”

Given what you have said about this deal, do you think there will be some regulatory problems? You will have to get quite a lot of regulatory approvals here and there…

“Well, not really because most of the regulatory is on revenue and the largest company on revenue in consumer security is Norton, which is a unit of Symantec. And they do about 1.6 billion dollars. Combined, we and AVG are about 700 million dollars, so that’s a huge difference. If you look at the free side, yes we have a large footprint but Microsoft itself has quite a large footprint and are very aggressively pushing their own security within Microsoft Windows. So it’s very hard to imagine that there would be any kind of issue on the free side given how strong a competitor Microsoft is and how much of an advantage they have because they own the operating system and they use that to push their own security. So I think this actually makes us more competitive with Microsoft, that if we have these two companies, both moderates in size trying individually to compete against a behemoth like Microsoft, that’s a real disadvantage.”

There are obviously some synergies but also some areas where you overlap, will there be some job losses as a result of this, some slimming down in some areas…?

“Well, any time you do an acquisition there is always going to be at least one job loss. So you can never say ‘no’ there won’t be any job losses. There is always going to be one because you can’t have two CEO’s unless you are a German company. We have not gone through yet and really estimated what it’s going to take to put these two together. That will be done over the next several months. What we envision is that we end up with a much stronger single company than the two individual companies.” 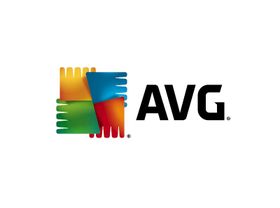 And the headquarters will still be in the Czech Republic?

Finally, it not a totally final deal. You have got approval in principle from AVG but they still have got some hurdles internally to go through and there has to be some agreement internally from shareholders that’s the case, yes?

“Yes, the shareholders have to do what’s called tender their shares – they have to make the shares available for purchase and to close the deal we need 95 percent of the shares tendered. Also, there are a few regulatory reviews that have to be done. There is a legal review in the U.S. because AVG has an R&D presence in the U.S and in a few smaller countries there are a few anti-trust reviews but we don’t envisage any issues with these reviews. Our lawyers are telling us it’s all pretty straightforward.”

Was there any pressure to do this deal? Had organic growth for you gone as far as it could go or were you looking forward to the greater demand for your services from the Internet of Things? Were there any outside factors that were pushing you two together?

“AVG’s core consumer is weaker than ours but they have a lot stronger mobile business and they have a stronger S&B business.”

“The real objective is that there’s a real long term objective for the company. And as the industry matures - and security, especially in PC’s, is a maturing industry – scale becomes very important and consolidation starts kicking in. So we decided that we wanted to be in control of that process and become one of the larger players than to possibly wither away in the future. Now our core growth is actually very good. Our core consumer security growth is about 20 percent in 2015 and about 20 percent, I think, in the first half of this year. So our core business is still growing well. But we have to look towards the future and we saw it as a lot better putting it together because we have a really strong core consumer business. AVG’s core consumer is weaker than ours but they have a lot stronger mobile business and they have a stronger S&B business. So you put the three together and you have got three strong chunks of business to support the company long term.” 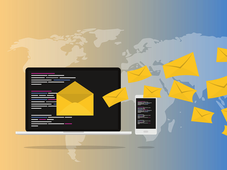