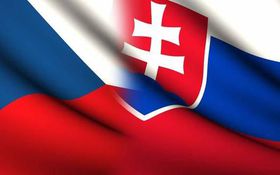 Hello and welcome to Mailbox, Radio Prague’s monthly programme for your views, questions and comments. Thank you for following our programmes and for letting us know what you think, be it by e-mail or on social media.

In response to the October 28th special programme titled “Czechs and Slovaks - more than just neighbours” dedicated to the anniversary of the declaration of independent Czechoslovakia in 1918, Miles Hookey commented on Facebook:

“Endlessly fascinating. Thanks for the broadcast!”

“A very informative article for me as a Ukrainian. I didn't know the tension was so clear.”

And Jaroslav Tusek from the United States added:

“21st Century's Czechs and Slovaks in a nutshell.:) Shared.”

Thank you for your reception reports you keep sending us from all over the world. We still have some beautiful QSL cards featuring notable religious buildings in the Czech Republic to send you as verification. Thank you also for your answers to our monthly listeners’ quiz question which always arrive in great numbers.

“I'm a listener of Radio Prague in Xi'an, China. I like to participate in your quiz. My answer to your question is: Samuel Fritz. Maybe you have been to Xi'an. Xi'an is the provincial capital of Shaanxi in northwest China. It's also the most famous ancient city that used to be the capital for 13 dynasties in history.”

Thank you for adding that little detail about your hometown. We are always curious as to where our listeners come from.

Anand Mohan, who incidentally forgot to mention where he was writing from, sent us this answer: Samuel Fritz, photo: Public Domain “After studies and entering the Jesuit order he was given permission to do missionary work in America. He became famous not only as an expert in indigenous Amerindian languages, but also as a doctor, carpenter, sculptor, painter and farmer. However, the main mission of Samuel Fritz in what is now Brazil, Ecuador and Peru was spreading Christianity among Indian tribes. At that time it was an area of interest not only for Spain but also for Portugal. As a Jesuit Fritz stood automatically on Spain's side and got into the gears of international disputes, from which he eventually fortunately escaped unharmed. Although the priest was in the ‘hot’ Portuguese zone, he managed to draw cartographic sketches of the Amazon basin (using the simple goniometer). Of those gradually arose a map titled ‘The Great River Marañón or of the Amazonas with the Mission of the Society of Jesus, geographically described by Samuel Fritz, settled missionary on said river.’

“It was a work that first captured the geographic form of the Amazon basin, the size of the Amazon from source to mouth and the frequency of its water tributaries. He unfortunately never returned home – he died at the Jeberos missionary station on March 20, 1725. Yet, how much work this man left behind as well as his life stories became more known to the public as late as in the 1990s.”

Hans Verner Lollike from Denmark sent us this answer:

“Thank you for letting me meet excellent personalities with roots in the Czech Lands! It seems obvious that in order to get very well known for times to come you have to live far away from your home country. That is at least the case for this month’s mystery person: Samuel Fritz!

“Samuel Fritz was born at Trautenau, Bohemia. After studying for a year at the University in Prague, he entered the Society of Jesus in 1673. He spent most of his life preaching to indigenous communities in the western Amazon region. Not only did he win the tribes for Christ, but he also taught them to grow different plants such as rice in the fields and to be craftsmen. He defended his parishioners against the brutal power of the colonizers. He traveled intensely and got to know unexplored areas. In 1707 he produced the first accurate map of the Amazon River, establishing the Marañón river as its source.” “Father Samuel Fritz was an exceptional Czech explorer, geographer and scientist and one of the most revered, internationally recognized Jesuit missionaries of the 18th century. His unwavering faith in mankind, penchant for hard work and intelligent diplomatic moves enabled him to spend forty-two years of his life in inhospitable environs of the Amazon basin. Renouncing violence and choosing the path of Love of God as a way to Salvation he was instrumental in changing the savage life of the native Indians, the powerful Omaguas tribe among others, in 41 different localities of the Upper Maranon. With a humanistic approach and intuitive understanding of the natives he brought them to the mainstream.

“Fritz was endowed with extraordinary linguistic abilities in indigenous Indian languages and expertise in the field of medicine, carpentry, sculpture, painting and farming. These traits enabled him to accomplish yeomen service among these natives and receiving their unfettered respect as well as accolades from the Spanish Government of the time. This daring and beloved Father also displayed the unique quality of an arbitrator when he solved the intricate boundary dispute between the Spanish and Portuguese vying for territorial claims in Latin America.

“As a front-ranking cartographer he explored the Amazon River and its basin, completing the most accurate map of identifying its source as Lake Lauricocha which testified an indispensable doctrine for political historians. For this pioneering work he was shown great respect by European scientists, a fact highlighted during the 4th centenary celebration of the discovery of America. Original report of Fritz's travels has been preserved in the Jesuit College archives in Quito. This Blessed soul never returned to his beloved Bohemia and was buried in the northern Peruvian village of Jeberos where he spent the last years of his chequered life. A plaque in the library building in Krakonošovo Square in Trutnov bears testimony to this great man from the Czech land.”

Thank you very much indeed for your answers and the time you dedicated to research. This time the lucky one who will be sent a Radio Prague prize is Meng Cheng from China. Congratulations! And here’s a new question for the coming weeks.

This time we’d like to know the name of the psychiatrist born in 1912 in the Moravian town of Lomnice. A Holocaust survivor himself, he studied the late-onset psychological trauma among Holocaust survivors as part of his research into the long-term effects of extreme stress and displacement. He died in 1996 in the Norwegian capital Oslo.

Your answers need to reach us by November 29th at english@radio.cz. That is also the address for your questions, comments and reception reports. Mailbox will be back in four weeks’ time, until then happy listening and take care. 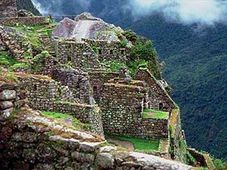 This week, people in Prague have a unique opportunity to try traditional dishes and delicacies from faraway Peru - the motherland… 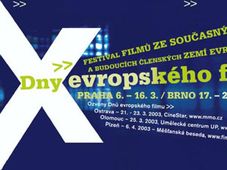 In today's edition, we'll be looking at some of the stories making headlines in the Czech world of culture and a young artist who…