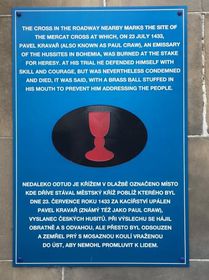 Plaque commemorating Pavel Kravař in St Andrews, photo: archive of Czech Foreign Ministry Hello and welcome to Mailbox, Radio Prague’s regular programme for your views, questions and comments. Thank you for all your reception reports, Facebook comments, quiz answers and email messages that you’ve sent us over the past weeks.

A recent story about a 15th century Czech scholar Pavel Kravař or Paul Craw who was burned at the stake for heresy in Scotland in 1433 and has had a plaque revealed near that spot inspired the following comments on Facebook:

“I had never heard of him, until now, and will make a point of seeing this. I am a frequent visitor to St. Andrews, when I am home in Scotland and visiting my family there. I will share this with my sister who lives nearby, she will be interested in seeing the plaque. My own family were involved in the Reformation, and claim two martyrs (one a Minister of the Covenant) who were put to death for their beliefs, so it is particularly relevant to me.”

“I live nearby. I will visit this. As a Scot who visits Czech Republic often can I apologise for this? Děkuji. When in Prague, I stay in Žižkov so I am aware of the Hussites.”

Our regular listener Stephen Hrebenach from Ohio commented on a One on One interview with Professor Petr Pavlínek who promotes “Czechia” as a snappy alternative to the wordy name “the Czech Republic”.

“While I respect Professor Pavlinek's stance on the use of 'Czechia', I disagree. He states that the use of 'Czech' for the country is incorrect. Why? He says it is not a country name. Why not? That seems like opinion, just like many have the opinion that 'Czechia' is not a good alternative.

“He states that the term 'Czechia' was established by a committee of 55 specialists. They may be respected people in their fields, but that does not guarantee that they came to the best conclusion.

“It seems to me that the best solution would be one that evolved organically. That is, a diminutive of 'Czech Republic' that becomes of familiar use to many in the population. Perhaps 'Czech' is that term, perhaps not. But it sure does not sound like 'Czechia' is, no matter the best intentions of academics and politicians.”

“Fantastic article about John Martin and obsession with everything about operation Anthropoid. I too have become fascinated with this story but only recently, and cannot wait to return to Prague and visit all of these sites. My interest started with Bata history, as my father was an early pioneer in the organization and ended up managing the Bata Belcamp operation here in the USA in Maryland, where I am from. My father had left Czecho in the early '30's to build Bata factories in India and Pakistan. I have only been to Czech once, two years ago, going to Zlín and Fryšták to meet all of my family that I had never met. My next visit will surely have me spending more time in Prague and going over the important history of operation Anthropoid.”

“Last week-end we did spend in your beautiful city. This was my 6th visit and for our granddaughter, Sara, her first visit. She is 14 years old, and she liked it. We saw Charles IV and his wife leave the cathedral on Sunday as part of the historic play. It was funny realistic since all we tourists - Czechs and foreigners applauded just like the inhabitants of Prague most likely did 700 years ago. As I have written before, I am a big fan of Jan Hus. For all us Protestants, he is a forerunner. Without him and his ‘hussites’, there would have been no Protestantism. I find it regrettable, that the Bethlehem Chapel now is a city run museum, and does not function as a church. I very well know the role Jan Hus played in communist history analyses - back then Radio Prague sent me a beautiful book about Jan Hus and his political/religious movement.”

Thank you for all those comments, and Mr Lollike also sent us his answer to last month’s quiz question. 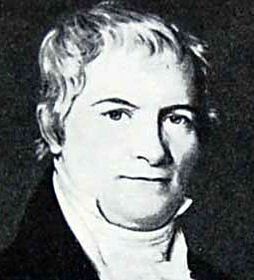 Franz Xaver Niemetschek “I think the Mystery Person this time is: Franz Xaver Niemetschek. (Born on 24 July 1766 in the town of Sadská, Bohemia, – he died 19 March 1849 in Vienna). He came from a rich and musical family. He studied philosophy in Prague, and taught poetry and Latin at the gymnasium in Pilsen. After he made his promotion for a doctor’s degree, he became a professor at the Charles University in Prague. He was a part of the intellectual establishment, and due to his brilliant intellect and knowledge he became a leading critic. After 18 years he retired and moved to Vienna. He was very much aware of his Czech nationality, and fascinated by Mozart. He wrote Mozart’s first complete biography, after Mozart’s widow allowed him to look into private papers. Franz Niemetschek said he had met Mozart in person, but that was questioned by scholars later. His private papers and books are lost, but his gravestone can be found in Vienna.”

“Franz Xaver Niemetschek was a music critic, teacher and philosopher. Mr. Niemetschek wrote the first full – length biography of Wolfgang Amadeus Mozart. He studied philosophy and taught at a secondary school until he received his PhD in 1802 and became professor of philosophy at the Charles University in Prague until his retirement in 1821. He was also the director of Deaf and Dumb Institute Bucherzensor and literary critic. In 1821 he moved to his daughter to Vienna. Niemetschek died in Vienna on 19th march 1849 at the age of 82.”

As always, Jayanta Chakrabarty from India sent us a detailed answer:

“Czech prowess in the realm of music has been manifested by its greatest music critic, teacher and philosopher Franz Xaver Niemetschek. Being born into a musical family enabled this Czech genius to admire and appraise the musical greats of his time like Mozart and Hayden. His moving biography ‘Life of the Imperial Kapellmeister Wolfgang Amadeus Mozart’ created a ripple in his time as it was one of the earliest full length documents of Mozart. This biography clearly emphasized not only his unflinching pride of his Czech nationality but served as a befitting tribute to his great inspirator. This intimate portrayal of Mozart has become an important source of information pertaining to the early 18th century music history of Europe, conveying a vivid pictography of the societal background which enabled Mozart's magical talents as composer and virtuoso to blossom.

“Niemetschek was perhaps the first imaginative and conservative music critic of Prague who cited the Singspiele opera as the main factor for the declining standards of music culture of Prague. An academically trained philosopher from the University of Prague, he taught poetry and Latin at the Pilsen Gymnasium and later as professor of ethics and pedagogy at the Prague University. The great Czech pianist and composer Jan Vaclav Voříšek happened to be one of his students. Niemetschek showed his finer humane qualities by serving as a foster father figure to Mozart's two sons at the latter's demise. For his immense contribution to Pilsen and Prague he was made an honorary citizen of these cities and lauded for his relentless work as Director of the Deaf and Dumb Institute. As he lies in peace at Vienna's St Marx Cemetery, most of the works of this great Czech soul have been digitized by Project Gutenberg and Internet Archive.”

Thank you very much for your well-researched answers and this time our prize goes to Rebeca Romero Gonzalez from Cuba. Congratulations and here’s a brand new question for the coming weeks:

Our mystery man was born in the east Bohemian town of Trutnov in 1654 and died most likely in 1725 in Peru. He was a Jesuit missionary who divided his time between preaching to Native American tribes and exploration of the Amazon basin.

Please send us his name by November 3rd to the usual address english@radio.cz which as you know is also the address for your queries and reception reports. You can also comment on our stories on Facebook and follow our Twitter account. We’ll be looking forward to your feedback and until next month, happy listening and take care. 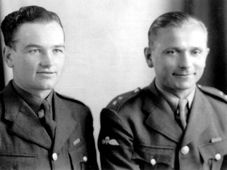 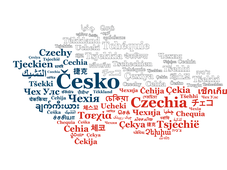 Czechia: mapping progress one year on

It’s been a year since the word Czechia, a shorter version of the name Czech Republic, was entered in the UN database of geographical…