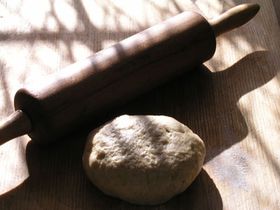 Hello and welcome to Mailbox, Radio Prague's weekly programme in which we read from your letters and answer your questions.

In response to our ABC of Czech series we have received a number of e-mails asking us to send recipes for the meals we speak about in the language course. Unfortunately we do not have the recipes in English at our disposal but the internet is a vast source of information, including recipes for traditional Czech dishes, believe it or not. So the best way to find them is to look the recipes up on Google or any other search engine. But you may encounter some problems, such as Lynda-Marie Hauptman from the US.

"I wrote to you a few weeks ago about recipes for Czech dishes. I tried Google, but they directed me to sites that had NOTHING to do with food, Czech or otherwise."

Well, the fastest way to find such a recipe for a particular dish that caught your attention in the ABC of Czech, is to type its name into the search box and press enter. In case you're using Google, put it in quotation marks to narrow the scope, and you're instantly given several websites to choose from.

On the same topic Arcadia Wylie from New Zealand has sent us this e-mail. "I like reading your website radio.cz on the internet especially about Czech cuisine. I heard about "Langos" they said it is nice to eat. I would like to know how to make it. Could you send me a recipe for this?"

Actually, langos is not a Czech dish at all. If you are familiar with Central European languages, the sound of the word will suggest to you it is actually Hungarian. Langos became a very popular type of fast food in this country a couple of decades ago, having arrived via Slovakia. Langos, as it is prepared here, is a deep-fried pancake, quite bland on its own, but it tastes lovely with garlic for example. Again, the quickest way to find a recipe is to enter the word "langos" and the word "recipe" in any search engine and then choose the recipe you prefer.

Since all those requests arrived by e-mail, I assume internet connection is not a problem for those who asked us for the recipes.

Moving on now, we mustn't forget that Radio Prague is actually a radio station and not an internet newspaper but these two faces of Radio Prague can be usefully connected, as Ralph M. Francis from Canada, who is a subscriber to our e-mail news bulletin mentions:

"Early in the morning I sometimes hear Radio Prague via the CBC local station and hear all the familiar names that I read on the daily news. I particularly enjoy the news as a way to keep connected to Prague while back in Canada for the summer."

We are here not only to inform you about what is happening in the Czech Republic right now but also about this country's history and how some Czech people influenced things worldwide. One of the tools is our monthly competition here on Mailbox. Deborah Floyd from the United States has sent us this e-mail:

"I always look forward to your questions of the month and hope you continue to run this series. They are real mind teasers and very entertaining. It's a great way to learn how much Czechs and people of Czech ancestry have contributed to the world."

And our listener Amela Omerspahic from Bosnia and Herzegovina writes:

"The questions are very interesting and I can hardly wait for every new one."

Thank you very much, we try our best. So let me repeat the question for the month of June.

In the 1930s an alternative typewriter keyboard to the QWERTY keyboard was invented and patented in the United States by a man of Czech origin. The man, who was born in 1894 and died in 1975, used his extensive knowledge of linguistics and body mechanics to create a simplified keyboard which was supposed to speed up typing and reduce the typists' fatigue. If you think you are totally in the dark, there is a clue: He has the same surname as a world-famous Czech composer, who was actually his distant relative.

Please send your answers to us by the end of June to the usual address, Radio Prague, 12099, Prague, Czech Republic or English@radio.cz. The lucky winner we will draw out of the hat will receive a CD of Czech music.

And one last reminder for everyone who'd like to win a free trip to Prague. You have only three more days to send your entries for this year's Radio Prague annual competition.

All you have to do is send us a few lines on the following subject:

"What Czech beer means to me."

The winner will receive a week's stay for two in the Czech Republic and there are other attractive prizes for the runners-up.

The winning entry will be aired on Radio Prague in six languages.

The winner and a partner will be accommodated in family style in the heart of Prague, at the Hotel Falkensteiner Maria Prag, while your flight will be courtesy of Czech Airlines - your travel partner to the Czech Republic.

Don't forget Wednesday is the deadline and the address is: 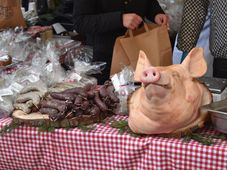