This week in Mailbox we announce the winner of our April listeners' competition and we return to the debate on what makes good radio that we launched last week. We read from letters sent to us by: Gina Cenkl, US; Mary Lou Krenek, US; Zdenek Sotola, Czech Republic; Qiu Lei, China; Ted Schuerzinger, US; David Eldridge, UK; Don Schumann.

It's time again to go through the mail that has arrived at Radio Prague in the past week. Thanks for those letters, e-mails and reception reports that have come in great abundance. But let's not keep you waiting any longer and let's get straight to this...

That was an old recording of the "Turkish Quickstep", the best-known part of "The Battle of Prague", a very popular piece of battle music composed in 1788 in London by the mystery man in Radio Prague's April listeners' competition.

We've got plenty of answers from around the world but unfortunately, we can draw only one winner each month. But before we announce his or her name, let's hear some of the answers you have sent us. This one is from Gina Cenkl from Boston, USA.

"Franz or Frantisek Kotzwara was known for a single work - 'The Battle of Prague', a sonata for solo piano with violin and cello. He was said to have composed other sonatas, serenades and other pieces but none of these appear to have survived. Little is known about his life other than he was born in Prague, and became a virtuoso double bass player. He was known to have been in Ireland in 1790, where he was engaged to play in the orchestra of the King's Theatre in London, and had been in the orchestra for the Handel Commemoration in May 1791. He is, however chiefly famous for his death by hanging in a brothel in Vine Street in St. Martin's, London."

Yes, I'm afraid that is the case and Mary Lou Krenek from Texas, USA, had this to say:

"Poor man, what a way for him to be remembered. He should be remembered for his excellent musical compositions. It is interesting to note that bizarre activities we find shocking today existed always in history."

And Zdenek Sotola from the town of Karvina in the Czech Republic found out this this about the death of Franz Kotzwara:

"After his death, the prostitute (who witnessed his death), Susannah Hill, was arrested and charged with murder, but was acquitted after testimony proved her innocence. The court records were destroyed to prevent the scandalous case from going public. A secret copy was made, though, to be sold and published at a later time. It never was, but the manuscript is preserved and kept in the Francis Countway Library of Medicine in Boston."

Well, I prefer to remember Franz Kotzwara for his "Battle of Prague". Thank you very much for those comments and postscripts, there is always so much to learn - and that feeling is shared by Qiu Lei from China.

"Every time I entered Radio Prague's monthly contest, I have felt quite knowledgeable because I need to dig facts and answers from the internet or books. So by now I have learnt a lot about the Czech Republic and its people."

I know you're waiting to hear the name of the lucky winner so I shall no longer keep you waiting. The winner of Radio Prague's April competition is Edgar J. Pereira from Managua, Nicaragua. Congratulations! There's a CD of old Czech classical music for you in the post! 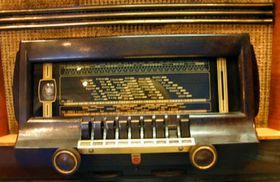 But now onto other matters. In last week's Mailbox, the head of the English department, David Vaughan, launched a debate, encouraging our own listeners to tell us what they thought made good radio and where international broadcasting - especially a small station like Radio Prague - should be heading in a world where international broadcasting is becoming synonymous with 24-hour rolling news.

Let's now hear some of your opinions in reply to those questions. This one is from Ted Schuerzinger from the United States.

"I must say that I very much enjoy Radio Prague as I believe it strikes a good balance between news and current affairs on the one hand, and features on the other."

"For me Radio Prague had exactly the right format as it is. Its half-hour duration is a convenient length for me and I think you have a well-balanced programme content. Firstly the role of Radio Prague must be determined. Is it the same as the BBC? Not quite, I think, or at least, they don't have the same goals. At home my main listening is to BBC Radio 4, at least when the content is similar to Radio Prague or has documentaries or feature programmes. I appreciate shows like 'Just a Minute' being interspersed in its schedule. It provides a probably needed light relief to brighten up the service."

And Don Schumann had this to say:

"My personal opinion is that Radio Prague has an opportunity to extend and express the unique and shrinking Czech culture, especially through programs about Czech music, authors, scientists, scholars, even food and humor, where the more bland "24-hour newssites" as Mr. Vaughan so aptly described, remove the unique aspects of that which identifies the places from which they broadcast. I believe Radio Prague has the opportunity to maintain its own unique (and therefore, valuable) niche by presenting its individual and rich resource of Czech culture in a "sea of monotony", and in the face of eventual "Czech" dissolution as simply one more bank of "European" cities offering a plethora of the same products, services and people as any other."

Thank you very much for sharing your opinions with us. Very soon we are planning to pin them up on our website as they arrive.

And as we are running out of time, we have to quickly announce the question for our listeners' competition in May. As you will have noticed, this year we ask about people of Czech origin who became well-known abroad. And this month we stay in London, only a century earlier before the composer Franz Kotzwara settled there.

"Our mystery man this month is a Czech printmaker and engraver. He was born in 1607 in Prague, where he also spent his youth. Along with other Czechs of Protestant belief he left Bohemia following 1620 and moved to Germany. He finally settled in England where he also died in 1667. After the restoration of the Stuarts he became a painter at the royal court of Charles II. His engravings can be seen in the National Gallery in London, in Prague and in many other galleries all over the world. Among his works are also many views of Prague."

Please send us the name of the artist to the usual address, Radio Prague, 12099, Prague, the Czech Republic or English@radio.cz by the end of May, and don't hesitate to include your comments and questions - we always like to know what you think about Radio Prague's broadcasts. 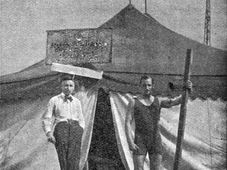