In Magazine: Prague among top 20 most visited cities in the world; police officers complain their bulletproof vests aren’t bulletproof; a minor takes two buses on a joyride; a Czech bug enthusiast boasts a 10cm cockroach and the most bizarre things Czechs leave behind in taxis. 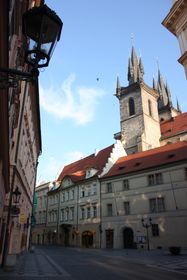 Photo: archive of Radio Prague The Prague City Tourism Agency has reason to celebrate. Prague has shot up as a tourist destination and now figures among the top twenty most visited cities in the world, according to the 2016 Global Destination Cities Index, released by Mastercard this week. The company provides an annual ranking of the 132 most visited cities around the world, measured by the number of international overnight visitors, and this is the first time that Prague has appeared in the elite club. It is ranked 20th with 5.8 million visitors. Bangkok is top of the list with 21.4 million visitors, followed by London with 19.8 million and Paris with 18.03 million international visitors. New York, the only US city in the top 20 placed fifth with 12.7 million visitors. 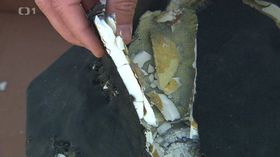 Photo: Czech Television Filing a consumer complaint about poor quality goods is always a drag but what’s a pair of badly made shoes to a bulletproof vest that’s not bullet-proof? The news site idnes recently reported that the police have filed a complaint against a delivery of bulletproof vests that do not afford the required standard of protection. The company making the vests reportedly used other connecting materials than required resulting in lower quality protection which fails to meet the conditions set down in the tender for the respective contract. The producer claims that the vests afford reliable protection against the most common low-caliber handguns, but officers who are currently wearing the vests, say the risks are considerable. Some claim the vests would protect them against an air gun at the most. The company that delivered the vests has refused to acknowledge the complaint, resulting in an angry reaction from a member of Parliament’s security committee who urged the company representative to don the vest and have someone shoot at him. The force has ordered new vests to replace the 560 faulty ones but officers who have nothing better in the meantime must be praying for armed culprits in the vicinity to be a very poor shot. 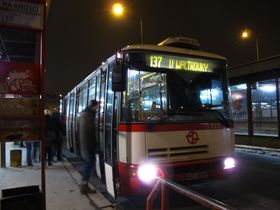 Illustrative photo: Kristýna Maková Police in Brno are investigating one of the most bizarre cases on record. The disappearance of two buses from the Brno transport company turned out to be the work of a seventeen-year-old youth who longed to be a bus driver. He stole one bus from a parking lot and took it on a 700 kilometre journey, even taking an unsuspecting passenger on the way for the price of just ten crowns. He eventually abandoned the first bus and hours later stole another one for a 200 kilometre joyride. As a minor the young man did not have a driver’s license, but miraculously his escapades ended without injury.

A candidate in the regional elections in the Pardubice region who suffered a defeat in the first round of elections was embarrassed to find the city plastered with his billboards, thanking voters for their support and asking them to come and back him in the second round of voting. With just a week between the first and second round of voting, the billboards had been printed in advance and were put up overnight due to an administrative mistake. “It was quite mortifying,” he said. “Living down the defeat was bad enough in itself, but driving around town and seeing the billboards made it that much worse.” 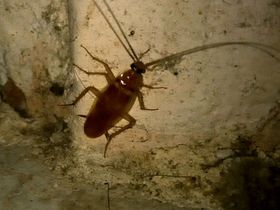 Illustrative photo: Carrotkit, CC BY-SA 4.0 The sight of a cockroach has most people screaming and calling pest control but one Czech bug enthusiast breeds them. He has a collection of over 100 cockroaches and has just made the Czech Book of Records with his biggest specimen which is just under ten centimeters long and weighs 33 grams. The cockroach is a female specimen – four and a half years old and Miloš Marek is happy to pose with her for photographers as one would with a family pet. Well, it takes all kinds. 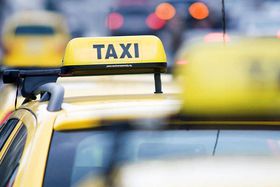 Photo: Tomáš Adamec Czechs are as forgetful as any other nation when it comes to leaving things in taxis. A list of lost-and-found articles compiled by the Uber company in Prague contains 500 items – among them truly bizarre objects such as a roast duck, a black robe such as judges wear in the courtroom, a wig, a man’s shoe and lacy knickers. All objects found are retained for a year in the company’s storeroom. The roast duck is no longer there, of course. Egyptian goose, photo: DXR, CC BY-SA 4.0 The Egyptian goose (Alopochen aegyptiacus) native to Africa south of the Sahara and the Nile Valley, which has appeared in the wild in Western Europe in the past decade, is reported to be breeding in the Czech Republic as well. These highly ornamental birds were considered sacred by the Ancient Egyptians, and appeared in much of their artwork. Small feral populations have become established in Western Europe, especially in the Netherlands and Great Britain and is now spreading to Central Europe. Small populations have been sighted in central and north Bohemia as well as different parts of Moravia where the geese appear to be breeding successfully. They were declared a pest in Great Britain in 2009 and Czech ornithologists view them as an invasive species but predict their settlement in Europe will be hard to prevent.