An elephant doing tricks during a circus performance lost her balance and fell into the audience! Czech gardeners are fighting off a slug invasion! And a Czech woman pilot wants to fly around the world in a glider. More in Magazine with Daniela Lazarova.

You can injure yourself in a million different ways - including having an elephant fall on top of you. Circus goers in Ostrava were seriously panicked during last Thursday's performance when an elephant doing tricks lost her balance and fell into the audience. Luckily people were only marginally hit - and only three people were injured. Twenty seven year old Lucie Jecmenkova who will spend the next few weeks at home nursing an injured ankle, says she's consulting her lawyer. Eyewitnesses claim that two elephants collided slightly in performing turns, one of them lost her balance and fell backwards. There was a huge panic, one woman says, people started streaming out, parents were calling out and children were screaming. Amazingly though, the circus management decided to carry on with the show. The elephant got up, shook herself off and continued with the performance.

Elephant Duna who fell into the audience, photo: CTK

Czech drivers are losing patience with the state of the D1 highway from Prague to Brno. The main link from the Czech capital to the Moravian metropolis is greatly overburdened both by lorries and passenger cars which results in pile ups and hours of waiting at best. In recent days a number of billboards have appeared along the highway saying : "We have the government to thank for the state of this road" or "The Prime Minister is responsible". The person or group who commissioned the campaign remain in anonymity, but they are clearly hoping that government officials driving along this most frequented highway will get the message. 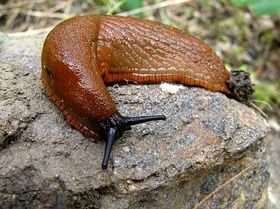 It's been a very rainy summer so far - a climate that is good for two unpleasant pests in this part of the world. One is ticks - the high incidence of which Czechs have good reason to fear. These tiny insects are vectors of Lyme disease and can cause inflammation of the brain cells. In recent years the incidence of infected ticks has been on the rise. Czechs are being urged to get shots and the papers repeatedly warn about the dangers of ticks, carrying maps of dangerous areas for holiday makers. The other -less dangerous - though very unpleasant summer pest is the slug. Following a very rainy month thousands of them are crawling in people's gardens ruining flower beds, strawberry and lettuce patches - and whatever else they happen to come across. The only thing that gets rid of them is to literally pick them up, plop them in a pail and remove them as far as possible from your precious garden. The papers are calling it an unprecedented slug invasion and right now hundreds of people are spending their summer throwing slimy slugs into a pail, day in day out.

For many Czechs a trip to their local police station is like a trip back in time. In 2005 computer literacy is a basic requirement for most jobs, but many police officers across the country are still tapping away at the good old typewriter invented in 1714. Some officers are allegedly too old to learn new ways, but the main reason for this bizarre practice is that many files have not been translated into computer format and can only be filled in, painstakingly on an old typewriter using carbon paper for extra copies.

Baby tigers bred in captivity have few friends. But the one in Dvur Kralove Zoo is an exception. It is just over a month old and already has one stanch buddy - a two and a half year old English bullterrier called Dora, who made up her mind right from the start that she would mother it. Only time will tell for how long that friendship will last, but for the present time the zoo is happy to promote it. 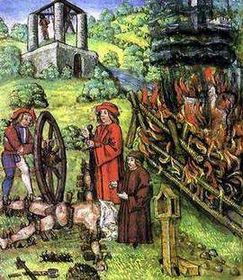 The town of Sumperk has decided to make tourism in the area more attractive by livening up existing pathways in the valley of Desna river with information about the witch trials held in the region in the 16th century. Hikers and bikers passing through the region will be alerted to the fact that a personal tragedy occurred nearby by a sign depicting a witch on a broomstick. A special information board at the site of the trial -or execution- should tell the whole sorry tale, drawing on local archives. 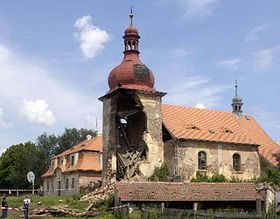 Collapsed part of the baroque church in Vidhostice, photo: CTK Part of the main tower of an eighteenth century baroque church in the town of Vidhostice unexpectedly collapsed this week, giving some of the locals a bad shock. The people close by luckily managed to scramble to safety and no one was hurt. A proper reconstruction was long overdue but the Catholic Church says it does not get enough maintenance money from the state to keep all its churches in good repair. A team of experts are now assessing the state of the building which may have to be pulled down entirely.

Forty three year old Czech gliding champion Hana Zejdova, who has over 52 world records to her name, has ambitions to fly around the world in a glider. Preparations are now underway for the construction of a special plane which would fulfil the necessary requirements for an around the world flight. The plane would have to fly at a height of 30 kilometres, that is higher than commercial airlines, going at a maximum speed of 700 kilometres per hour in jet streams in temperatures reaching minus 50 degrees Celsius. The flight would take five to six days -in favourable conditions. Zejdova who is the Czech Republic's most famous woman pilot, had hoped to schedule the flight for this year to mark the 100th anniversary of the International Flying Federation, but has had to re-schedule her plans due to a lack of sponsors. The project is expected to cost a billion Czech crowns and so it could take Zejdova a few more years to see her dream fulfilled. 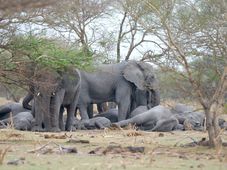 Czech scientist to explore remote wilderness in the Congo

Young Czech scientist and traveller Arthur Sniegon has devoted much of his life to protecting Africa’s wildlife. Among other things,… 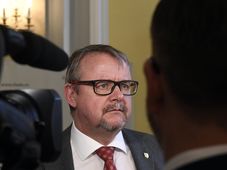 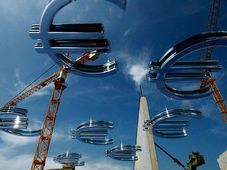 Press: Battle for EU structural funds to begin in Prague