Why Czechs drive on the right

Nowadays, Britain and some of its former colonies are almost the only countries where people drive on the left. Sticking to the left was originally the general rule, and was legislated by a papal decree around 1300. Under Robespierre, France switched to the right, or from my point of view as an Irishman, the wrong side of the road. This was evidently a gesture of independence from Rome, and Napoleon imposed the change on the countries he conquered around the continent.

The states that had resisted Napoleon kept broadly left, including the Austro-Hungarian Empire. When the empire broke up most its former territories stayed left, including Czechoslovakia. Austria itself was a curiosity, with half the country driving on the left and half on the right, with the dividing line reflecting Napoleon's conquests of 1805.

Soon after Hitler took after Austria in the Anschluss of March 1938 he ordered the whole country to switch to driving on the right. At this point (outside Scandinavia) there were two countries on the continent of Europe still driving on the left, Czechoslovakia and Hungary.

Sixty-six years ago, just a couple of days after the Nazis invaded most of Bohemia and Moravia on March 15th, 1939, Czech motorists were forced for the first time to drive on the right. Which, of course, they do to this day.

Interestingly, the changeover was first introduced in the provinces on March 17, and then just over a week later in Prague, on March 26. "Technical reasons" - a perennial Czech explanation - were responsible for the delay. And the switch to driving on the right is almost always associated with, or blamed on, Hitler.

But new research by an historian called Pavel Fojtik suggests while the Nazis did indeed enforce this change, it was going to happen anyway. In 1926 Czechoslovakia had signed up to a so-called Paris agreement, committing the country to going right at some unspecified time in the future.

After failing to honour this pledge for over a decade, in November 1938 the Czechoslovak government finally made the decision to switch to the right, with the changeover planned for the beginning of May 1939. So in fact the Germans merely sped up the process by a number of weeks.

As the change took place, boy scouts stood by roads and streets with signs saying "jezdime pravo", "we drive on the right", and billboards bearing the same slogan appeared around the country. The whole thing went off smoothly, with only minor accidents reported. 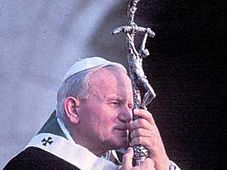