I still remember vividly my first day at school. I was four-and-a-half and - because this was England - I was dressed in shorts, a tie, that later became very chewed, and a green cap with a picture of a windmill on it. In fact the windmill itself - that stood at the other end of the village green - had been demolished the year before by an unimaginative farmer - and it also wasn't long before my windmill cap disappeared too.

This was all very different from my son Tommy's first school day in Prague, last September. For a start, this was very much a big city school, in a concrete-and-glass block, surrounded by high-rise flats, and in the background - the constant hum of the highway that cuts north out of Prague.

But the real difference was the age of the children. At six, Tommy was already two years older than I'd been on my first school day. Some of his classmates were even getting on for eight, and this is quite normal in the Czech Republic.

I was a bit sceptical, but I hadn't catered for the pace at which children learn at Czech schools. I'd been told beforehand that compared with much of the English-speaking world these days, Czech schools are very disciplined and academic, and Tommy's first year at school has borne this out.

Within less than two months he was reading and writing, with the teacher adding red squiggles all over his work where he'd forgotten the dreaded "hacky" and "carky", those hieroglyphs that so confuse learners of the Czech language. And like all the other children he was being taught to write perfect copper-plate handwriting - heaven help you if you let that loop slip above the line.

From the start there is also a strict system of marking the children's work. Literally everything they do is marked from 1 - excellent, to 5 - inadequate, and carefully noted down in a special mark book. My son already knows exactly how many "ones" or "jednicky" all his friends have got. His forgotten "hacky" mean that he's lagging well behind Pavlinka and Rozalka. The latter, by the way, already has over 60 jednicky!

Another thing that is intriguing is the somewhat rustic nature of the curriculum, incongruous in the inner city context, but totally consistent with the rich Czech rural tradition. Within weeks, Tommy could identify - and spell - three different types of wild mushroom, could tell the difference between tripe and black pudding - and other things made from the inside of pigs; he could also identify half a dozen different trees from their leaves. To make all these things clear the textbooks have beautiful little hand-painted illustrations.

But if there's one thing most definitely lacking in Tommy's textbooks, it is political correctness. "Mummy has to sweep the floors and do the washing", goes one of the sentences that our son had to learn, alongside "Daddy is strong and has a chainsaw."

There's been a lot of debate in this country about the need for sweeping educational reforms. I expect that they're needed, but when they do come, I do hope that the authorities won't throw out the good with the bad. Now that the mushroom-picking season is round the corner, I find it quite reassuring to think that my son won't be tempted to try out a "muchomurka zelena" - a sweet-tasting, deadly poisonous speciality of the Czech forests. 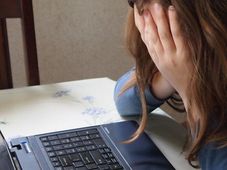 Bullying in Czech schools is on the rise. Although statistics indicate that more than half of Czech primary and secondary school students… 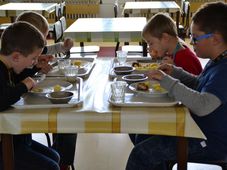 Government agrees in principle on extending free school lunches, but not on definition of “needy” families

After months of debate, the coalition government has agreed in principle to provide free school lunches to children from the “neediest”… Teens in the Czech Republic get, on average, almost 700 crowns from their parents per month, according to a study focusing on financial…