The first ever direct presidential election brought renewed focus on a trauma that continues to haunt Czech society even sixty years after it occurred. The forced deportations of some three million Germans from Czechoslovakia after the end of WWII still divide Czech society, as does the historical role of Czechoslovak president Edvard Beneš, who sanctioned the move. 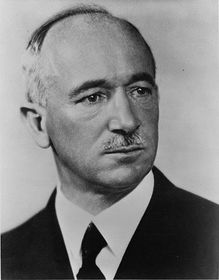 Edvard Beneš, photo: Library of Congress, Wikimedia Commons When Foreign Minister Karel Schwarzenberg said in a TV debate of presidential candidates that, from today’s point of view, Edvard Beneš’s push for the expulsion of the Sudeten Germans would have taken him to The Hague – meaning to the International Court of Justice – his campaign team must have shuddered. His statement surprised many, including perhaps his rival in the campaign, now president-elect Miloš Zeman, who was quick to exploit Mr Schwarzenberg’s words, labelling him a defender of the Sudeten Germans.

Although analysts believe the issue of the so-called Beneš decrees – legislation issued by president Beneš that, among other things, legitimised the deportations – did not play a decisive role in the vote, it did touch a nerve in society, and became one of the major talking points in the campaign.

President Beneš, and those who advocated the expulsions, justified them as retaliation for the Sudeten Germans’ having sided with the Nazis before the war. But the move was also seen as a final Czech victory in a centuries-old struggle between the Czech and German nations in Bohemia and Moravia.

Until 1945, the Czechs were surrounded by the Germans on almost all sides. German territory at that time surrounded the Czech lands in the north, west, and south, with the Slovaks in the east being the only non-German neighbour. For some 300 years, Bohemia and Moravia were also part of the Habsburg Monarchy, whose rulers showed little understanding for the hopes and needs of the Czech nation. For hundreds of years, the border areas inside Bohemia and Moravia proper were inhabited by Germans who, by the time Czechoslovakia merged as an independent country, far outnumbered the Slovaks.

Edvard Beneš became Czechoslovak president in 1937 when his country faced a grave threat from Nazi Germany. His personal decision not to go to war over the Nazis’ demand to annex the German-speaking territories deeply traumatized him, and the entire Czech nation which was by all accounts ready to fight. The president’s decision to legitimize the deportations of Germans from Czechoslovakia then visited another trauma upon the Czechs. 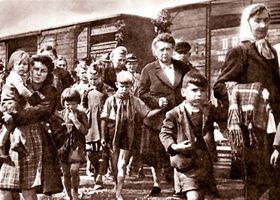 Photo: Sudetendeutsches Archiv, Creative Commons 1.0 Many Czech scholars now believe that the Beneš decrees – which also nationalized parts of the industry, and initiated often unjust persecution of everyone labelled a Nazi collaborator –paved the way for the communist takeover of the country. The rule of law was greatly diminished in the years immediately after the end of the war, and political life curtailed, with some of the most popular political parties banned. Edvard Beneš’s motivation was clear – never again should Czechs face the threat of physical annihilation by the Germans. But in his pursuit of this goal, Mr Beneš became an ally of the communists, who used his authority to become a mainstream political force, and denounced him as soon as he was no longer needed.

President Edvard Beneš died in his south Bohemian villa in September 1948, some three months after he stepped down from office and six months after the communist putsch. A broken man, physically and mentally, he spent the last months of his life in isolation imposed by the new rulers. According to the accounts of those around him at that time, he had realized he had been tricked by the communist leaders and by Stalin himself.

The communists for 40 years admitted no debate about the expulsions, and to this day interpret them as just retribution for the crimes of Nazism. Václav Havel’s apology for the expulsions in January 1990 earned him applause from the liberal segments of the society but also scorn by those who feared losing the properties they had acquired in the border lands.

Removing three million people from their homes on the basis of their ethnicity would be today by all means considered a crime against humanity. If it weren’t, Slobodan Miloševič and other former Yugoslav leaders would not have been tried at The Hague. But for some Czechs, the horror and traumas of the war remain stronger than their willingness to admit this. 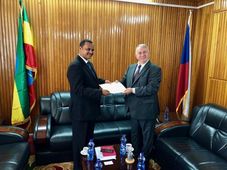 Czech Ambassador to Ethiopia Pavel Mikeš: ‘If you wait long enough, an egg will walk on two legs’

Pavel Mikeš, the Czech Ambassador to Ethiopia, studied African History and Linguistics at Charles University in the 1980s. Despite…