This week no topic in the Czech Republic was more dominant than the 40th anniversary of the Soviet-led invasion of Czechoslovakia. On August 21st, tanks and soldiers moved in, and forever changed the course of the country, crushing reforms that had made life in Czechoslovakia tolerable compared to the Stalinist 1950s. But all too soon, the reforms came to an end. In the weeks which followed, many Czechs and Slovaks opted to escape, among them my parents – only a few years married. They were among the first to leave: that same night of the 21st crossing the Austrian border in a borrowed car – an East German-made Trabant – that would see them all the way through to Paris. 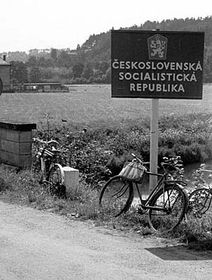 Photo: CTK Packing and the saying of goodbyes with their parents was a rushed affair. They couldn’t take with them their dog, a dachshund named Puck named after the character in The Midsummer Night’s Dream, who they left in their parents’ care.

It was a turning point, but they were young – my mum just 26, my father 30 - and neither realised then the full implications as they crossed over the border, leaving behind Czechoslovakia that night. They were ready for a new future, and even though they worried over what they were leaving behind, they were looking forward to life elsewhere and what that might bring. Their expectations were further fueled by the fact that in the week prior to the invasion, both had received visas for a planned year in the US. They assumed that after that, they would be able to come back. Of course, things turned out quite differently.

Eventually, Canada and not the US became their adopted country. It is part of the family folklore now: the difficulty of new beginnings, something anyone who ever began life in a new country can probably understand, fairly harsh: learning the language, the culture, the customs, with little security, no family support, and only a few dollars in their pockets. But gradually, with the help of new friends, life became better. Canada was a good home and a great country. Still, they couldn’t help but miss loved ones, friends, that dog, and places they had loved in the Czech countryside. All more or less lost to them.

It was only gradually as I grew up that I learned a little more about the Czechoslovakia that they spoke about. Early key moments included letters from grandparents and early pictures and gifts. A book of B&W photographs - the mysterious Old Town Hall, and the apostles on the Astronomical clock. There was also always the language, which we spoke at home in that curious mix of Czech and English adopted by many Czechs in the West. As a teen, I began reading Kafka and Hašek, and then at 16 saw (before I read) The Unbearable Lightness of Being, where, for the first time I can remember, I felt real unbridled rage over the invasion. It was filmed rather deftly (I thought then) by Philip Kaufman with Daniel Day-Lewis and Juliette Binoche in the forefront. Along with two short visits in the 1980s, I gained an inkling into my family history.

1968. Once again images of the invasion are up all over Prague. This time around there is even a real Soviet tank on the city’s main square. But as far as I know, no Trabants. You might still see a few in alleys or on country roads. Back in the early 90s when they were a little more common, they always used to remind me of how my parents left the country for uncertainty and freedom. A decision taken on the spur of the moment, as the tanks rolled in, now 40 years ago. 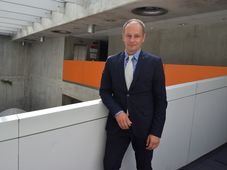 According to the Czech Foreign Ministry there are now more than two million Czechs living abroad. The people making up the country’s…