Prague is very much a centre of culture and proud of the fact that its classical music festivals attract music lovers from around the world. The Prague Spring Music Festival is a highly prestigious international music event and the more recently established Prague Autumn Festival has likewise gained an excellent reputation. Usually concert goers leave with lasting impressions - and come back for more. But occasionally a note of discord creeps in.

This year's Autumn Music Festival was a case in point. The night of September 15th, featuring the Dresden Staatskapelle with French pianist Helene Grimaud, was hopelessly sold out. But the concert never took place. What happened backstage is still hard to believe. Grimaud allegedly asked a tuner to adjust the mid-range keys on her borrowed piano. The tuner said this would be a problem at short notice and there are conflicting reports as to whether he offered to procure a different instrument for the soloist. In any case Grimaud is said to have approached the conductor with her problem when a man whom eyewitnesses described as "inebriated" burst in on them and ordered the pianist out of the Rudolfinum concert hall, shouting that he did not need such troublemakers there. According to the pianist he first told her "to hold her tongue and play the piano which was what she was there for". Shockingly the man turned out to be Pavel Spiroch the director of the Prague Autumn Festival. There was a huge row, in which the Dresden Staatskapelle said that an insult to Grimaud was an insult to them. The concert was cancelled and the expectant audience never got to hear either Helene Grimaud or the Dresden Staatskapelle. The outrageous incident has soured the entire music festival and the festival's main sponsor has said it is considering what form of action it should take. Political commentators are already comparing Spiroch to football player Tomas Repka who was recently fined for lashing out at a Czech TV cameraman in a violent rage and publicly insulting the organizers of the match. And some have suggested that a disciplinary commission for culture might not be a bad idea either. Still, no matter what steps are taken the damage has been done and it will be a long time before the festival lives down this scandal. And very likely even longer before Helene Grimaud ventures another trip to Prague. 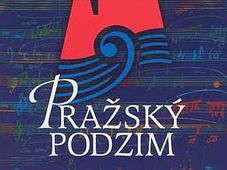 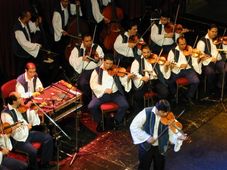 The Rajko Ensemble: celebrating the influence of Romany tradition on classical music

The Gypsy fiddler is an enduring Romany stereotype, but we often forget there are also many Romany classical musicians and that in… 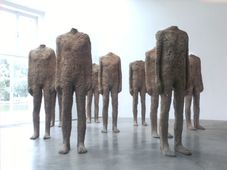 In this week's Arts, Dita Asiedu invites you to the Prague Autumn International Music Festival and speaks to Meda Mladek, thanks to…