Photo: archive of Nesehnutí I spoke to Nesehnutí’s Esther Jones Russell about sexism in Czech advertising and the reason why the competition was founded.

“It was mostly to cultivate the advertising industry and to raise awareness among the public and among companies how their adverts are presented and how they come across. We also wanted to reduce the number of sexist adverts that are in the public sphere.”

How would you describe the situation? Is sexism in advertising generally viewed as a problem in the Czech Republic and how does it compare to its neighbours?

“We can’t say for all the countries around but we cooperate with two of the neighbouring countries, Slovakia and Austria, and we do think that the situation is worse in the Czech Republic. Austria has a number of self-regulatory initiatives which regulate the contents of ads in the public sphere, while in Slovakia people are more critical, perhaps also because of religion.” 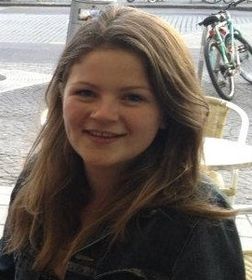 “It misses the point. We are not against the depiction of the body or against sexuality. What is key is how they are presented, about the underlying message. When things are fragmented and objectified, that is the problem and in any case it is about something other than sexuality.”

The competition features entries sent in by members of the public; this year there were many... how does it work?

'We love aluminium', photo: archive of Nesehnutí “People send in ads they consider sexist and then these are judged by a panel of judges, as well as publically voted on on our website. The ads are judged under three categories: stereotypes and sexist language, the objectification category (when products are sold in a sexualised context that has nothing to do with the product. Last, is fragmentation, where parts of the body are shown, which doesn’t allow you to take in the whole person.”

Who is the audience for the last category? Maybe fill me in on what advertising are going for there...

“It’s strictly to grab your attention. It has nothing to do with the product being sold.”

Would anybody getting ready to buy forest machinery – a chainsaw for example – really be swayed by women in lingerie in an ad? I would have thought the quality of the machine, and reliability, would be a little more important...

“Well, that’s it. That’s precisely the point: to capture your attention. They fall back on sexualised images tell you nothing about the quality of the product and often reinforce or project negative stereotypes and attitudes towards people.”

Photo: archive of Nesehnutí And certainly those are stereotypes which can be very damaging and need to be taken seriously; they shouldn’t be taken lightly...

“No. Definitely not. They limit both men and women by categorising them as certain types. For example, they can present the woman as the ‘carer’ or men as not being able to show emotions and can also promote violence against women. We had lots of ads this year with underlying messages of violence and condoning it. So such messages can be very, very damaging. I think a lot of companies either are not aware, or chose to ignore the effects of their advertising.”

Not to give anyone a free pass, it seems that some of these ads are low-budget to begin with. Are some of these companies falling back on sex not only because it sells but also because they don’t have a budget to come up with something clever?

“Budget can certainly play a role: some of these firms are doing their advertising in-house and lack experience or the creativity to come up with more or original and less damaging ideas. Some of the ads are not only low-budget but distasteful and we want to get even small firms to think about their advertising and the impact of that they are doing.”

Who were the winners this year?

Ad by Dept. of Forestry at Mendel University, photo: archive of Nesehnutí “There was an ad by Záclony a design (Drapes & design) showing a naked man with an erection covered by a scant piece of fabric; Pivovar Poutník had a topless woman leasing over a vat that had something to do with selling beer and there was a video for the Dept. of Forestry at Mendel University that sold education as ‘sexy’ showing, among other things a girl as a rabbit (ie. Playboy-style bunny) being pursued by male hunters: she is the helpless animal pursued by those hunters.”

What do the winners receive?

“They get a diploma from us for most sexist advert together with a manual outlining how to recognise sexism in advertising so that hopefully that might change their attitude in the future.”

In the past, ads which have “won” Sexist Piggy Awards have been largely commercial in nature: scantily-clad women draped over cars…

The second annual “Sexist Piggy” awards were handed out this week for the most sexist ads of the year. The contest, organized by the…

The award no ad-man wants to win: the Sexist Piggy Prize

The latest advertising contest underway is one that competitors will not be keen on winning. The Sexist Piggy prize goes to the advertiser…