Přiběh kmotra (A Godfather’s Story) opened in Czech cinemas last month and has attracted both thriller fans and those who remember the turbulent 1990s, when Czech society underwent a major transformation but also saw the rise of organised crime. The story is both about underworld bosses who conducted illegal operations in the hundreds of millions and left a bloody trail in their wake and the cops who tried to stop them.

Photo: Official website of the film It stars actors Ondřej Vetchý and Lukáš Vaculík and was directed by Petr Nikolaev and this week I spoke to one of the producers, David Rauch. He began by telling me how he got involved in the project.

“When I came on board the script already existed but I didn’t know about it yet. It was after we did Lidice with Petr Nikolaev and the two of us were talking about projects we could work on next. I told him that I would like to do a political thriller like we used to see from France in the 1980s which we loved – with Claude Brasseur playing the cop – and he said just wait I may have something. A few months later he got back to me after another producer left the production and I read the script and I liked it very much and that was how things started to come together.

“We worked the script more: at first it was straight gangster story and we wanted to get more juice into it. So we got the idea for there to be two poles: the gangster and the cop who goes after him. We wanted to turn some things on their head: it’s the gangster who has the nice family and family life, while the cop does not. The latter is the good guy but he is alone. So that’s basically how things developed.”

We’ll talk about all the details about the main characters in a moment, the gangster played by Ondřej Vetchý and the cop played by Lukáš Vaculík... MY understanding is that the screenplay was inspired by a real-life figure with alleged ties to the underworld, Frantíšek Mrázek, who was shot and killed in 2006. Inspired but at the same time you go to lengths in the credits to explain it is not the late Mrázek’s story...

“It’s not actually his story but it was inspired by it as well as others. People who were involved in those kinds of activities in the 1990s: it’s an amalgam. When you study people like that, who knew each other, they all had an interest, for example, in having their own football club, it is remarkable. Every second one survived a murder attempt. 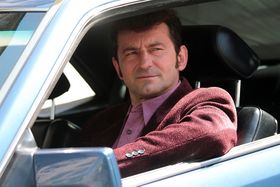 Ondřej Vetchý, photo: Official website of the film “There were so many similarities among them that you could pick and choose elements to develop a character who represented the last 25 years in Czech society. It is not as much one person’s story as it is a story of the times.”

The story begins shortly before the fall of communism in Czechoslovakia which is when many of these gangster-types cut their teeth on small deals and once the Iron Curtain fell they were able to rapidly broaden their operations on the wrongs side of the law...

“What we learned on this film was that these were crooks who would do as well as the regime or system would allow. They did as well as they could under communism. But the new era gave them new wings to spread very wide.”

What is it like to work with Ondřej Vetchý as an actor?

“Oh, he’s brilliant. I call him the Czech ‘Robert De Niro’! He has that kind of weight as an actor and he’s marvellous. He puts the proverbial bag on his shoulder and it doesn’t matter how much it ‘weighs’. He carries it and it fascinating to watch him work and I think it is pretty much visible on the screen. Without him I don’t think this film would have been the same.”

He really does have to carry it in this film: his character arguably goes through the greatest transformation. He goes from being a small-time crook to being the big shot and does what it take to get there, borrowing hundreds of millions from banks in shady deals and orders killings but also pays the ultimate price. How do you see Lukáš Vaculík’s role by comparison? He isn’t, in my view, given as much room to develop, although there is one major shift...

“He’s different. His character as a criminal police is more based on actual characters and real stories of the officers who were in his place in the 1990s. These are guys who were involved in long-term investigations of criminals who emerged then and had so much information and evidence in the form of wiretaps. 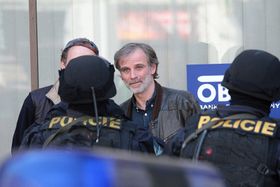 Lukáš Vaculík, photo: Official website of the film "But gradually it became apparent that they couldn’t do much. At a certain point [because of the infiltration of organised crime – Ed. note] they couldn’t trust anyone, they couldn’t trust their superiors even... so it was a very difficult situation. Vaculík’s character is not some ‘tough guy with a gun’: he was really more based on real cops and the real job.”

You consulted with people who really worked on such cases...

“That’s right. There was one moment which we tried to put in the film which was cut which was extremely powerful. It is a true story of an investigator who was working on the case. He had to go through hours and hours of wiretaps. So he was listening and suddenly he hears, on the recording, a hit being put out on him, his murder being ordered. That was a very powerful moment. The first thing he thinks of is where is his family, how old the recording is and so on. When you are listening to something you are behind ‘a wall’ and suddenly everything spills through. So that was a very powerful moment for me.”

Does it ever scare you as a citizen? Because in the film it is suggested that the strings go to the very top, not only the police but beyond... Some of those things really happened, etc.

“It doesn’t scare me in my daily life but it does as a vote-holder. But you have to understand, and I hope our film shows that, that it’s all about money. Where there is money and power there will be people vying for it. Even as a citizen, you have to think more about who they vote for and to read about the past histories of some of these people. If you don’t care, you can be sure they do [and they will take advantage].”

Is it true that former interior ministers were also invited to attend a screening? And what did they say given they held power when a lot of those things were happening...

“Yes. All of them were but in the end only three attended. The others declined for time reasons. The three who saw it all liked the movie and Jan Ruml – who was interior minister in the 1990s – just wondered what could have been done better and what could have been done to prevent some of the things that happened. He was shocked because he was in charge when a lot of those things were happening. I don’t think that he slept particularly well that night.” 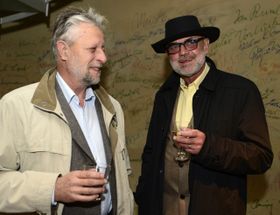 František Bublan, Jan Ruml, photo: CTK Jan Ruml was the kind of minister who was willing to do an interview with investigative TV shows like Na Vlastní oči in the mid 90s not behind his desk but to go out and sit on the grass at Letná Park, pretty much unthinkable now. He was, I think, very open as politician and to journalists and wanted to improve the situation but maybe it was too much for one person considering the huge transformation Czech society was undergoing at the time. Maybe some of those things would have happened regardless of who was in power? 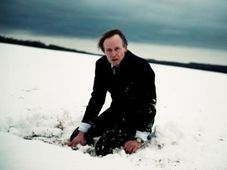 This Thursday saw the premiere of the long-awaited film Lidice, the first Czech production to tell the story one of the darkest periods… 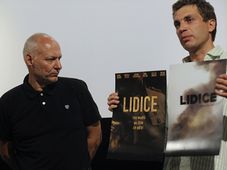 Thursday is the anniversary of the razing the village of Lidice by the Nazis in 1942, without doubt one of the darkest moments in… 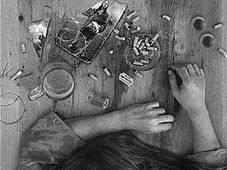 “…A Bude Hůř” (It’s Gonna Get Worse), published in 1985 by author Jan Pelc, based in Paris at the time, has long enjoyed cult status, arguably…