Did you know that some of the best marmalades are produced in the Czech Republic? At least according to a prestigious British competition called World’s Original Marmalade Awards 2017, which recently took place in Britain’s Cumbria. Marmalades produced by Jozefína Růžičková from South Bohemia won nine medals in competition with over 2,000 marmalade makers from around the world. What’s more, her products are now being sold by Fortnum & Mason, one of the most luxurious department stores in London. I spoke to Jozefína Růžičková during her visit to Prague and I first asked her how she got involved in the marmalade-making business: 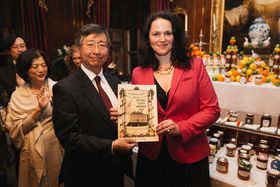 Jozefína Růžičková at World’s Original Marmalade Awards 2017, photo: archive of Jozefína Růžičková “I married a guy who didn’t live in Prague. He lived in Southern Bohemia, so I moved there and we had kids. I didn’t want to commute to Prague and I didn’t want to spend half of the week in Prague and then travel back home to my kids. So I was looking for some alternatives to do while I’m there.”

Did you have any experience with marmalade or jam making when you started your business?

“I had experience with the jams since my childhood because I come from the village in Slovakia and we processed everything we had in the garden in the summer. So I have been making jams ever since.

“For citrus marmalade I didn’t have the experience but I really wanted to try it. So I tried and sent some of my samples to the competition in the Great Britain and it appeared as a good decision.”

And that was only a few years after you actually started your business. Wasn’t it?

“It actually happened somehow simultaneously. At first I sent some samples of marmalade which I produced at home, because World’s Original Marmalades is a competition where every household can participate.

“So first year I participated in the home-made section and only then I thought I might enjoy doing this for a living and made it a business. So the second year I sent the samples already as a professional to the artisan part of the competition.”

We are talking about the competition ‘World’s Original Marmalade Awards’ where you won nine medals in 2017. 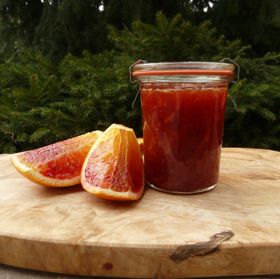 Photo: archive of Jozefína Růžičková “Yes. It was the second year I participated within the professional part of that competition.”

Can you tell me a little bit more about the competition?

“The heart and soul of the competition is Jane Hasell-McCosh. About 13 years ago she decided she wanted to attract business and tourism to their little town and decided to start this competition. They didn’t know what a monster would evolve out of this little decision.

“This year, they had 30 countries and 3,000 samples of marmalade which they have to taste and evaluate. So it became sort of an unofficial world championship of the orange and citrus marmalades.”

You actually brought some samples here to the studio, so which are the ones that won the top awards?

“What I sent this year were some lemons with dark chocolate. I also sent blood orange with rose hips, which I thought was a total kind of fun creation, and it won a double gold medal! So I was shocked.”

Are you using your own recipes?

“Yes, I try. It is trial and error. I don’t like to mix fruits of the color combination that might create something which is not too nice. So I like to mix blueberry with elderberry or raspberry with strawberry, red with red, black with black and so on. I like to experiment with it.”

Where do you actually get your ingredients? Jozefína Růžičková, photo: Štěpánka Budková “We come from the Southern Bohemia and there used to be big allies of black cherries, cherries, black currants, red currants, there are still plants so those fruits I basically sourced ten kilometers from where I live now.

For fruits which need a little bit more warm weather like apricots or peaches, I have some sources from Slovakia and citrus of course that I’m having sent from Sicily. I like to use blood oranges; I use their lemons which have such a nice fragrance and I also use clementine which sort of like a mandarin type of lemon. And grapefruits, of course.”

What would you say is the secret to your success?

“The secret to my success is that I tried and didn’t give up. I’m enjoying this flexibility because I used to work for a big multinational food company where it takes at least 18 months from the idea of a product till its production.”

“So I really enjoy that I have this idea during the weekend, I make my marmalade on Monday and sell it on Saturday on the Farmer’s market in Prague and I get a direct reaction from the consumers. So I’m really enjoying this direct feedback.”

Your marmalades are now being sold by the legendary Fortnum & Mason store in London. How prestigious is it to have your marmalades on their offer?

“Apparently a lot but I didn’t realize this until I went to the UK this March to the ceremony to get my awards. When I spoke with the people in a bed & breakfast where we stayed and I said that yes I’m having two of my marmalades in Fortnum & Mason, they were very much surprised.

“Perhaps we should explain that Fortnum & Mason is a place where the royal family does their shopping. 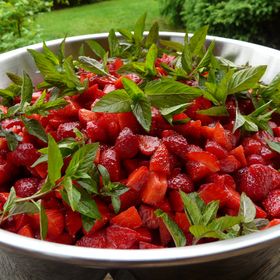 Photo: archive of Jozefína Růžičková “It was actually founded in the Royal Court some 300 or 400 years ago. Apparently the British Royal family does their shopping over there. People often ask me: ‘do you know if they actually bought one of your marmalades?’ but I don’t and I don’t think that I will ever know. I enjoy when people like my marmalades and it doesn’t really matter whether it’s the British queen or somebody else.”

I actually looked on your website today and I saw a sign saying that you had to temporarily suspend the distribution due to overwhelming demand. Is that linked to your success in the competition?

“Yes it is actually and that sign I actually can take it down now because I successfully overcame that peak. I got twice as many orders in one single day than I had the whole year before, so I couldn’t process it in a week or two. I needed some time because most of my marmalade comes really very fresh.”

Are you actually producing all your marmalades and jams entirely on your own?

“I still do and I don’t really want to change this. I will have some people helping me seasonally. When you have 300kg of strawberries and you need to process them in two days, you really do need some help.

So you are not planning to deliver your goods to some supermarket chains?

“No I don’t think it’s a product for supermarkets really. I do well in small shops where people look for specialties and for high quality products but supermarket is not the distribution channel I would like to go for.” 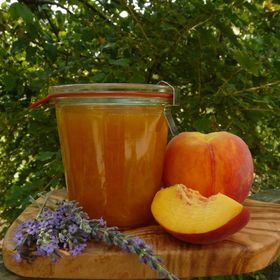 Photo: archive of Jozefína Růžičková So where can we actually get your products?

“I’m at the edge of my capacity so I don’t actively search for new places too much. But if somebody comes to me and tells me what they do, what they sell, I’m always trying to accommodate and try to supply them.”

So what is actually the busiest time of year for you?

“It’s basically an all-year-round business. You start with lemons and oranges from November to March, maybe April. Then you have strawberries coming in June, apricots in July, black cherries end of July, and peaches in August. Then you go to plums and I end up with rose hips which are ripe in October or November. And then it’s citrus again.”

So you basically never have a break?

“Not really. You have to make a break if you want it.”