The new Slovak President: who is Mr Gasparovic?

Last week Slovaks elected their next president. The winner Ivan Gasparovic beat his rival Vladimir Meciar by almost 20 percent. He has been in politics for more than 13 years, but for most of that time has been viewed as the second man behind his colleague and party leader Vladimir Meciar. 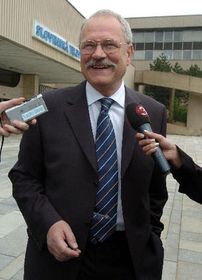 Ivan Gasparovic, photo: CTK After the first euphoric rush, and for many, relief that their next president is not Vladimir Meciar, Slovaks have started to wonder just who it is they've elected. The fact that Gasparovic's political past is connected with Meciar mattered little in the second round of the elections. According to analyst Milan Nic, Gasparovic was elected as the lesser of two evils:

"I think in the last moment many people realised what president Meciar would look like for Slovakia and they decided, by higher voter turnout than expected that Mr. Meciar should remain a part of Slovakia's past, rather than it's future in the EU. Anybody with a different name than Vladimir Meciar is good for this country."

During his time as Meciar's number 2, Gasparovic was involved in several scandals including unclear privatization and the passing of unconstitutional laws. And many believe that along with Vladimir Meciar he carries the responsibility for Slovakia's isolation from the West during the mid 90's. Ivan Gasparovic has this response to those accusations:

"The isolation was the outcome of the directive politics of the party's leader Meciar. I was always the one saying we should strive for membership in NATO and the EU and it was the Movement for a Democratic Slovakia that started the integration processes."

During the campaign Gasparovic appeared open and honest about some of his past, he spoke about problems and mistakes that he has made and even apologized for some things. According to political analyst Michal Vasecka this is something that Slovak voters listened to:

"There are different, let's say, doubts about the past of Mr. Gasparovic, but in general he is not really well know abroad, so he's really starting from scratch." 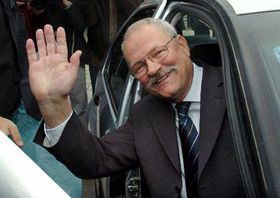 Ivan Gasparovic, photo: CTK After 10 years of membership in Meciar's Movement, Gasparovic quit the party in 2002 and created his own. Even with Slovakia having an opposition president EU Ambassador to Slovakia Erik van der Linden expects good relations with Slovakia will continue. As the ambassador says:

"We're looking forward to policies within competencies that are granted to the president, will be pursued."

Many wonder what kind of president Gasparovic will be. Karen Henderson, lecturer and specialist in Slovak politics, says he has a better chance of uniting the country, than the other candidates.

"President Gasparovic is less likely to make disaterous diplomatic mistakes than Meciar would have done. As long as he is fairly grey and neutral, it should be okay."

Having been supported in the elections by the Slovak National Party, and the Smer party Gasparovic will most probably lean more to the idea of a Europe of Nations, says Michal Vasecka:

"From this perspective we can expect that Mr. Gasparovic or people around him will try to influence the Slovak foreign policy and definitely they will not be standing on the side of federalization of Europe".

Slovakia's future president says that after Slovakia's entry into the EU the position of president will become stronger. He will be able to influence the debate on the future organization of the European Union, as well as playing a role in Visegrad Four structures and its unity and even expansion.

Gasparovic himself has stated that his biggest advantage is the fact that his name is not Vladimir Meciar. From mid June Gasparovic will have the chance to show whether he is more than just "not Meciar" and Slovaks will see whether the initial euphoric rush will last throughout his presidency.