This year Slovenia celebrates the 100th anniversary of Slovenian film. In 1905 the lawyer and photographer Karol Grossmann filmed people leaving church after Sunday service. It's considered to be the first Slovenian film. For filmmakers it is an important anniversary and so much is being done to celebrate it.

"On the occasion of the 100th anniversary of Slovenian film and the celebration of the creation of our first moving pictures, made by the pioneer Karol Grossman in Ljutomer, the film critics of various generations chose Dance in the Rain (1961) by Bostjan Hladnik as the best Slovenian film. That was the reason why Dance in the Rain won the first place in the DVD release in honour of this important anniversary, based on the original idea of the Film Fund of the Republic of Slovenia."

The viewers are able to see the film with subtitles in six languages, and they can also choose Slovenian subtitles. Another interesting activity celebrating the 100th anniversary of Slovenian film is the travelling cinema. In the summer months a travelling cinema is going to tour the Slovenian cities. The Film Fund suggested ten best films to the municipalities, but the program can also differ in individual cities.

The main anniversary of Slovenian film is also accompanied by a smaller anniversary- ten years of the Film Fund of the Republic of Slovenia. Slovenia, however, with its population of 2 million people cannot afford to produce many films due to lack of funds, Nerina Kocjancic:

"We really hope that both anniversaries will help to raise the annual budget for film productions, which is now only for one high budget European film."

Slovenia's Culture minister Vasko Simoniti stressed the ministry's support for Slovenian filmmaking as it is part of the national culture and he promised to raise the budget for the year 2006. But how does the public receive Slovenian films? 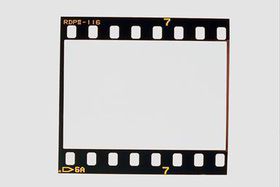 The travelling cinema seems a very good idea to revive interest in Slovenian films as the classics are still highly appreciated - and hopefully more and more good films in Slovenia will be produced in the future.