Slovak police launched Operation Hawk on Slovakia's roads on Monday morning. At the same time similar operations started in the Czech Republic, Poland, Austria, Hungary and Slovenia. The aim was to check on drivers, to make sure that they respect speed limits, wear a seat belt, keep their vehicle in good condition and don't drive under the influence of alcohol or drugs. Police patrols were also on the look out for wanted persons and stolen cars. 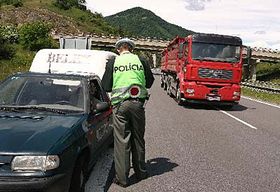 Photo: CTK I'm just crossing a big crossroads right in the centre of Bratislava. In front of me I can see a police patrol checking drivers in the Slovak capital as part of the international operation "hawk". In a while I will find out what the morning, June 9th, looks like on Bratislava roads.

The police start by asking to see your licence and the car's papers. They also check the identity of the driver and the contents of the car boot in search for weapons, drugs or illegal migrants.

"I've performed a usual check. Everything was ok so the driver was not fined. People are now trying to behave themselves behind the wheel. They are more careful about traffic offences."

Legionarska Street in the centre of Bratislava is a main road connecting the railway with the main bus station. Here the police are focusing on the speed limit, seat belts and the use of alcohol. During the 40-minute check, the police fined only two people. The reason - speeding.

In Slovakia, all radio stations warn about patrols on roads. Thanks to these warnings drivers slow down and pretend to be more disciplined than usual. There is nothing the police can do to stop radio stations giving out these warnings, despite the fact that the patrols are usually located at spots with a high accident rate. There is a similar problem on roads in all 6 countries involved in the international road safety operation. 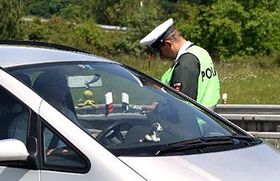 Photo: CTK The most frequent traffic offence during the campaign has been speeding. Within the past 9 months, over 34 000 drivers have been fined for this reason in Slovakia. According to Mr. Hantak from the press office of the Czech Police Presidium, the situation is similar in the Czech Republic.

"From the long term perspective, speeding is one of the most common traffic offences on Czech roads too." 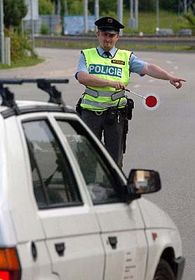 Photo: CTK "The Interior Minister of the Slovak Republic Vladimir Palko proposed to carry out a joint road traffic safety operation at the ministerial meeting in Budapest in April. All Interior Ministers agreed on participating in this operation."

However, different states refer to this operation differently. While in the Slovak Republic the stress is put on searching for illegal migrants, the Czech Republic considers "hawk" as a road safety operation to calm down the traffic ahead of the hectic holiday season. According to the Austrian Interior Ministry, "Hawk" is an opportunity to raise the level of awareness of local drivers.

"I have been a professional driver for 10 years and I don't want to lose my licence because of alcohol. But I put on the seat belt because of 'Hawk'".

"I think it's a good operation. It should be carried out more often because drivers are not as responsible as they should be."

"I'm ready for the check as usual. There must be some discipline."

"Definitely. They catch those who are not prepared. Drivers in neighbouring countries are more responsible than us. They have to pay higher fines so that's why they are more careful while driving. Slovaks are not like that at all." 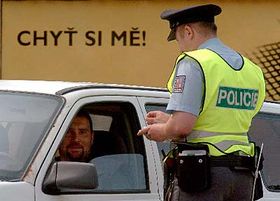 Photo: CTK Slovak drivers have experienced national police operations 4 times - in October and November last year and February and April this year. Although the performance of drivers differs at the time of police checks, "Operation Hawk" seems to have contributed to making Slovaks behave more responsibly behind the wheel. Within the past 9 months police have collected fines worth almost 2 million euros. Last year, 42 fewer people died on Slovak roads than in the previous year. Police would like this trend to continue, thanks in part to this kind of road safety operation.

"We hope that the implementation of such an operation will increase the road traffic safety as well as promote mutual co-operation in the field of road traffic management."

So far none of the six countries involved in the "Operation Hawk" have provided any detailed data. The initial results of the international checks will be announced on Tuesday, June 14.