In this series we present 100 songs which have gone down in the history of Czechoslovakia and the Czech Republic. On Czech Radio’s web pages you can find a poll, in which you can vote for the best hit from the past century. We continue with the year 1994.

On January 1st, the Rudolfinum Gallery was founded in Prague.
On February 4th, Czech TV (Czech Television) ended one of its broadcasting channels. TV Nova began broadcasting.
On November 26th, the Archbishop of Prague, Miloslav Vlk, was made a cardinal.

Bob Dylan, Black Sabbath and Pink Floyd were just a few of the famous artists who came to perform for Czech listeners in 1994. In July, the Czech remake of the famous rock opera Jesus Christ Superstar featuring Kamil Střihavka, Bára Basiková and Dan Bárta premiered at the Prague Exhibition Grounds. It is impossible to say which of the performers was the audiences’ favorite. 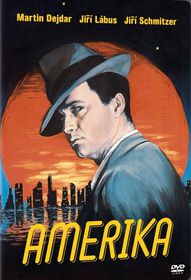 In 1994, singer Lucie Bílá’s popularity grew with the release of her second album under the supervision of Ondřej Soukup. Other hits that year included “Velvet” by the band Žlutý pes, “Wanting to Catch the Wind” by Mňága a Žďorp as well as a series of hits by Ivan Hlas, from both his 1993 LP album and from Jan Hřebejk’s musical comedy “Big Beat.”

Finally, it was the song “America,” from the 1994 film released under the same name, which reached the top of the charts. It was written by David Koller, Robert Kodym and Michal Dvořák, who were members of the band Lucie.

Vote for the best song of the century! 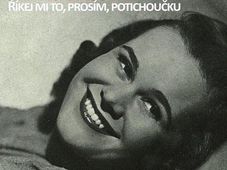 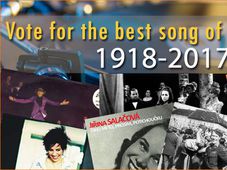 Hit of the Century: The final!

Czech Radio’s Hit of the Century poll has reached the final. Since January listeners in the Czech Republic and elsewhere have been… 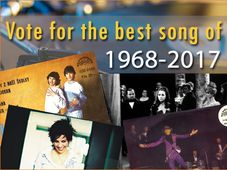