Czech wages grew by almost 7 percent on average in the second quarter, after a nearly 8-percent increase the first quarter. The Czech Statistics Office said on Tuesday that the average monthly wage rose to just over 17,000 crowns (or 570 US dollars). The rapid wage growth, coupled with almost zero inflation and record low borrowing costs, has fuelled a consumer boom and this has driven the Czech economy in past quarters. 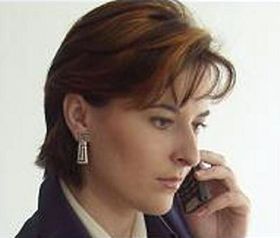 "Of course, it is very good news for Czech employees. However, it is much worse news for Czech companies, which means it is not quite justified from the economic point of view. Unfortunately, companies have to increase their labour costs, which means theirs profits decrease, and in the worst scenario, they may go bankrupt. Going bankrupt means simply higher unemployment. So, we can conclude that higher wages also mean higher unemployment. This is in line with our forecast, because we suppose that the unemployment might reach an all-time high at the end of this and beginning of the next year. We expect that the unemployment rate will reach approximately 10.5 percent in January next year."

Trade Unions in both the public and private sectors have constantly been pushing for higher wages. I asked Ms. Sichtarova whether the wage growth was sustainability, given the low inflation, level of GDP growth and labour productivity.

Wage growth (2000 - 2003), source: CTK "Luckily, it is not the case in the Czech Republic that the increase in wages is unsustainable, because the causality that I have described is true mainly in the long run. From the short-term point of view, it is not a big problem. In fact, there are three reasons why there was such a sharp increase in wages. First, there was a relatively high inflation in the past in comparison with this year. When employees were concluding new collective contracts last year, they, of course, demanded higher wages in line with then high inflation. Unfortunately, this was not quite in line with this year's inflation. The second reason was increasing wages ion the public sector. The government increased the salaries of many civil servants. And this is connected with the third reason, that employees in the private sector compare themselves with their colleagues in the state sector. They can see that people in the public sector have higher wages, so they demand the same treatment - that is higher wages."

Despite slow increase in labour productivity...

"Yes, it's despite low productivity. There is one big problem: higher productivity requires time and more foreign direct investment, more capital coming from abroad, and this is a run for a long distance. The government usually increases wages by one immediate decision. This is not right, wages should grow hand in hand with productivity. There is also one hidden problem connected with the foreign investment which could potentially help increase labour productivity. Foreign direct investors come to the Czech Republic just because we have relatively low wages in comparison with other countries. However, if our wages grow too sharply, these foreign investors would be afraid of higher costs and will not come to the Czech Republic, and those already present may even leave for the East."